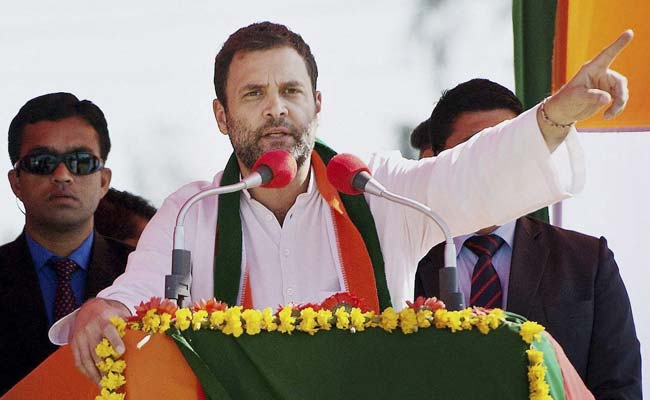 It will begin from western Uttar Pradesh and the first phase of rallies will be held in Hapur, Moradabad and Saharanpur, sources said.

Mr Gandhi had hinted at the party’s plans for the state after the two leaders’ seat sharing announcement on Saturday. The Congress “has lots to offer to the people of Uttar Pradesh” and will take “our own decision too,” Mr Gandhi told reporters in Dubai.

The Samajwadi Party and Mayawati will contest 38 seats each. Of the remaining 4 seats, two are Amethi and Rae Bareli — Congress bastions held by Mr Gandhi and his mother Sonia Gandhi. The other two will go to Ajit Singh, the chief of Rashtriya Lok Dal, which is part of the alliance in the state.

Hopes dashed for a pre-poll alliance with Congress in the heartland states of Rajasthan, Madhya Pradesh and Chhattisgarh, both Mayawati and Akhilesh Yadav had maintained that they were leaving the Congress out in Uttar Pradesh as it had nothing positive to contribute.

“I have tremendous respect for the leaders of the BSP and Samajwadi Party, and recognise that they have the right to do what they want. It’s on us to strengthen the Congress party in Uttar Pradesh, and we will fight to our full capacity,” he said.

The Congress has not been in power in Uttar Pradesh since the Babri Masjid demotion in 1992. The state has been governed alternately by Mayawati and Akhilesh Yadav’s Samajwadi Party. Last year, the BJP managed to break their grip on the state, storming to power in the aftermath of the victory in the 2014 Lok Sabha polls in which they won 71 seats. But the trend was reversed in the by-polls held since with the SP and the Bahujan Samajwadi Party alliance making inroads into the BJP bastions like Gorakhpur and Phulpur.