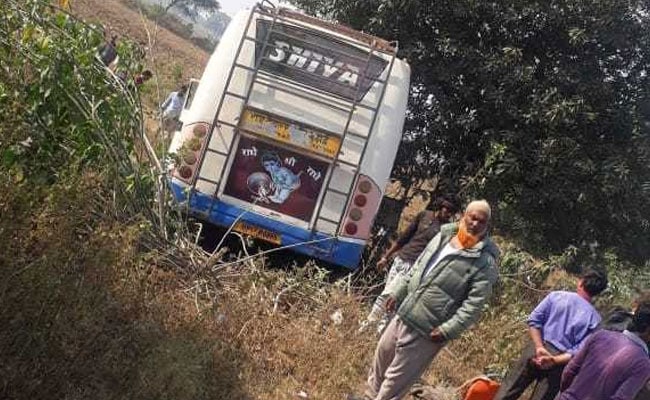 Three passengers were killed and 30 others injured when a bus fell into a drain from a bridge in Jabalpur district of Madhya Pradesh in the wee hours of Sunday, police said.

The incident took place around 4 am when the bus was heading from Prayagraj in Uttar Pradesh (UP) to Nagpur district in Maharashtra, Superintendent of Police Koushal Singh said.

The bus driver apparently lost control over the wheels when the vehicle was crossing the bridge located on the outskirts of Jabalpur. As a result, the bus fell into a dry portion of Karondi ”nullah” (drain), he said.

Three passengers died on the spot. They were identified as Murat Lal (24), Rahul Sen (20), both residents of Nagpur, and Ramu Pal (22), hailing from Chitrakoot in UP, the official said.

The injured passengers were admitted to the district hospital, he added.