​After three seasons out of the Premier League, Aston Villa have finally returned to the place they belong after beating Derby County in the play off final.

It is always difficult for newly promoted teams to stay in the Premier League, so new signings will be required for the Villans to make an impact next season.

Villa won’t be done there though, and here we have a look at the positions they still need to strengthen to stay up next season. Jed Steer enjoyed a staggering last six months. After being recalled from a loan spell at Charlton in January, Steer became the number one goalkeeper and played a critical part in their promotion – including two penalty shootout saves in the play off semi finals.

His form was rewarded recently with a four-year extension. However, the 26-year-old is unproven at the top level, and Villa could do with another quality goalkeeper to offer support and competition.

Jack Butland would be a great option. The England international has been stuck in the Championship for the last few years, and deserves to be playing in the England’s top division.

Cardiff’s Neil Etheridge has also been linked after an impressive season between the sticks for the Welsh club. 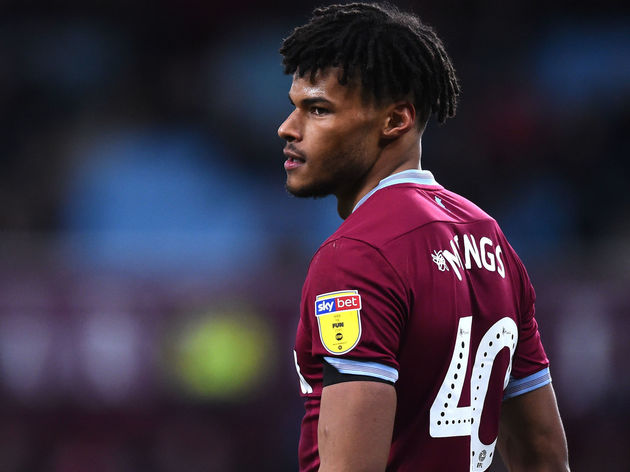 A solid defence is a crucial factor to Premier League survival. Teams who concede goals go straight back down in a hurry, as proven by Fulham last season.

Aston Villa need to make sure they re-sign Tyrone Mings. The big centre back was brilliant in the heart of defence for Villa. A leader, strong on the ball and excellent defensively, it is imperative he returns to Villa Park. There is the ​worry he may be a tad too injury prone, though.

They also need a defender to partner Mings. Bristol City’s Adam Webster has been the subject of an ​offer from Villa, and it seems he’s the man manager Dean Smith wants next season. Aston Villa have a superb midfield consisting of the brilliant duo John McGinn and Jack Grealish. However, to complement the talents of these two, Villa require a holding midfielder to play next to the pair.

The departures of Glenn Whelan and Mile Jedinak make this position even more of a priority.

Highly rated ​Leeds midfielder Kalvin Phillips has been a target for Dean Smith for a while, and his ability in midfield would be the perfect foil for Villa’s more forward thinking players.

​After releasing Albert Adomah – a man who made 36 appearances for Villa last season – the Villans will be looking to sign a new right winger this window.

With El Ghazi and newly signed Wesley making up two of the front three, someone will need to come in to complete their new strike force.

Said Benrahma of Brentford is an option. The tricky winger would offer pace and and skill to Villa’s flanks. ​Hull’s Jarrow Bowen could also interest Dean Smith, with the youngster offering a goal threat and great close control.

Jurgen Klopp Reveals That He Expected Liverpool to Mount a Fightback...