Although the scoreline gives the impression that the match was fairly tight, ​Manchester United were comfortable and fully deserved in their 1-0 win over Inter in the International Champions Cup.

The Red Devils came into the game on the back of two pre-season victories, having yet to concede a goal, whereas, Inter only played one previous match against Lugano. In truth, it was clear to see the different stages of pre-season the two teams were at, but nonetheless fans were treated to an exciting spectacle in Singapore.

Here’s a few things we took away from the game.

The Youngsters are the Future & the Present 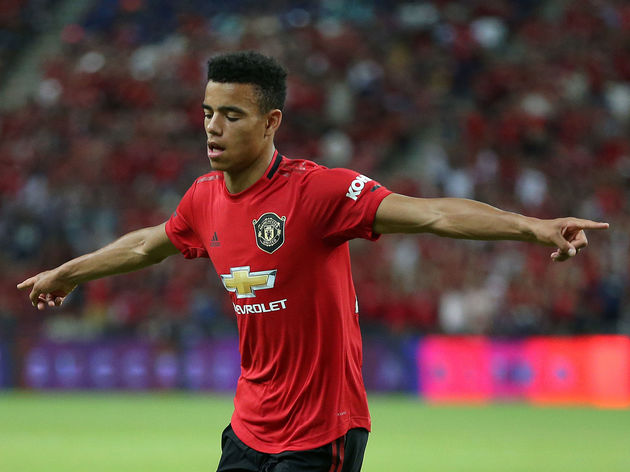 The United academy is filled with a wealth of talent and the Singapore National Stadium was treated to a breathtaking display from some of the best they have to offer.

Mason Greenwood and Tahith Chong, in particular, changed the game when they came on, with Chong taking on all comers at every given opportunity.

Greenwood was equally effective and will dominate the headlines due to his sumptuous finish in the last 15 minutes of the match. The 17-year-old made players of the calibre of Stefan de Vrij and Milan Skriniar look like amateurs at points.

The likes of Anthony Martial, Marcus Rashford, Jesse Lingard and the others should most certainly not take these young guns for granted – as they made more of an impact in 15 minutes than the rest did in 60. Maybe Solskjaer was right when claiming that ​Greenwood could start against Chelsea after all. Daniel James is indeed lightning quick, but what about Aaron Wan-Bissaka? The Englishman is certainly no slouch either, putting in a standout performance against Inter.

After the Leeds game, it was ​made very aware that he is an almighty defender – and this game was no different. The full-back never gave Dalbert a moment rest and whenever the left wingback tried to get forward, Wan-Bissaka would slide in and cut out danger immediately.

The most noticeable thing today however, was that ​United fans caught a glimpse of just how fast their new signing is. There was a moment where he had a momentary lapse in concentration, allowing Dalbert to nip in and gallop away with the ball. The United man made up roughly 20 yards on the player and slid in with a challenge that was cheered like a goal. Well, where has this come from? It’s fair to say United aren’t really renowned for their attacking prowess from set pieces in more recent times. However, the first few matches in pre-season have provided an interesting turn of events.

Against Leeds, Phil Jones powered home an Andreas Pereira corner – and although the Red Devils didn’t score with a headed goal, ​Nemanja Matic hit the post with a towering header. The players appeared to fight for every cross and there was an expectancy to challenge for the ball – something that hasn’t been seen for a while.

That said, United appeared vulnerable when defending set pieces – but it would be hard to expect anything less, considering the aerial ability of de Vrij and Skriniar.

A Vote of Confidence for Axel Tuanzebe 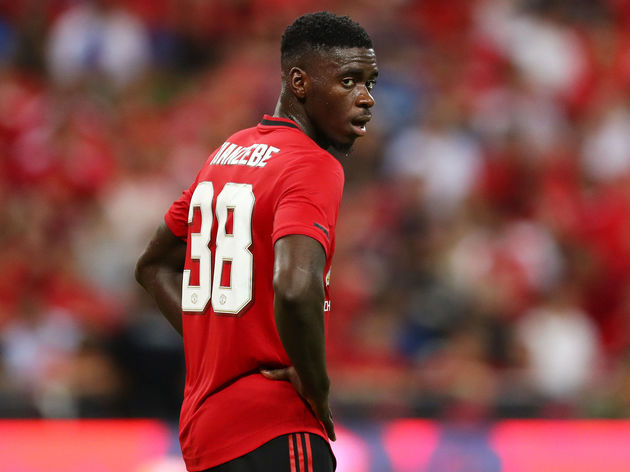 Solskjaer opted to partner the 21-year-old with Victor Lindelof in the heart of the defence against Inter – and the former Aston Villa loanee put in an accomplished performance.

​Rumours have circulated that the club are chasing a deal for Harry Maguire, but, Tuanzebe appears to have done enough to please his boss. He lasted 61 minutes, before being subbed with the rest of the first XI. The belief was Solskjaer would begin to give players more minutes as we approach the start of the new season – and this was correct.

Tuanzebe was picked ahead of Phil Jones, Chris Smalling and Eric Bailly for United’s toughest test of pre-season, speaking volumes about the faith the manager appears to hold in him. It is believed that United will sign a centre-back, but the Englishman has given his chances of a meaningful role next season a boost after a strong performance.

Unai Emery to Sanction Arsenal Clear Out to Free Up Funds...