​Tottenham Hotspur are in ruins right now. Their form to end last season was awful, things haven’t been much better this season, and Tuesday’s 7-2 defeat at the hands of Bayern Munich has only made things worse.

There were questions about the future of manager Mauricio Pochettino even before the game had started, but those concerns have now grown to an almost unsustainable level. Something clearly needs to change, and that might just have to be the boss.

Here are six candidates Spurs should look to as replacements. You get the sense that Brendan Rodgers isn’t going to leave ​Leicester City for a long time. The Foxes are legitimately one of the most exciting teams in England, and that’s exactly what ​Spurs should be looking for.

Perhaps even more important than his enthralling brand of football is his ability to work with young players. The likes of James Maddison, Youri Tielemans and Caglar Soyuncu have all blossomed into world-beaters, and Spurs will definitely have taken notice of that.

As a club who prides themselves on their ability to buy young prospects and develop them into stars, Spurs need someone like Rodgers at the helm. As one of the most dominant managers in ​Serie A history, bringing in former ​Juventus boss Massimiliano Allegri would be a huge statement of intent for Spurs.​

He left I Bianconeri during the summer after guiding them to five consecutive league titles, so he would be one of the more straightforward options as there is no other club to negotiate with.

Allegri is a born winner who knows what it takes to lift trophies, and Spurs are crying out for someone like that. RB Leipzig boss Julian Nagelsmann has gone from strength to strength in recent years, and Spurs could try to snap him up before someone else does.

The 32-year-old has built a reputation as a tactical genius – someone who can create a unique style of football to take Europe by storm. He did it with Hoffenheim and he is doing it with Leipzig now.

He has done so with plenty of younger players in his squad, and it seems just a matter of time before an elite side decides to take the plunge and hire him. ​ Another exciting ​Bundesliga boss, Marco Rose ​made the move to Borussia Monchengladbach in the summer, but it would not be a surprise to see the European giants begin to swarm around him soon.

Rose and assistant Rene Maric form a fantastic duo who seem to understand tactics better than most, so his teams always seem to set up in the right formation to neutralise and expose their opponents.

Four wins and a draw from his opening six games is proof that Rose’s style can translate to a top European league, so Spurs better take notice of the 43-year-old soon. 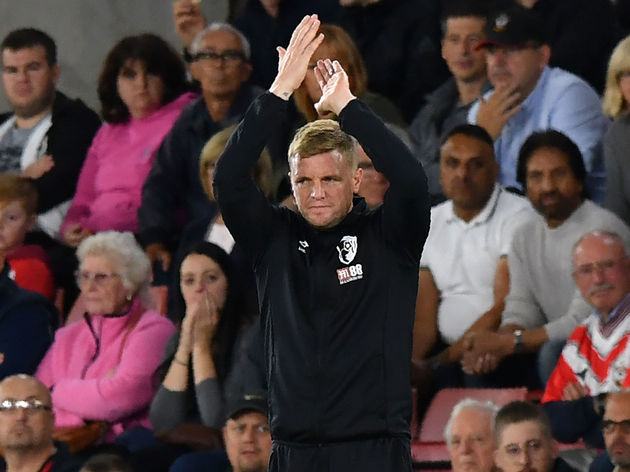 ​Bournemouth boss Eddie Howe has worked miracle after miracle since 2012. He turned a League One side into a competitive ​Premier League team, but it’s the manner in which he has done so which is even more impressive.

With barely any money or top-flight experience, Howe has turned his squad into a fantastic unit who are capable of beating any team in England. His stars are now full internationals, and Howe’s impact on that cannot be ignored.

As far as English managers go, they don’t come more exciting than Howe. He seems destined to take over a top side at one point in the future, and Spurs could make that come around quicker.​ We all know about Erik ten Hag. The Dutchman has soared to international fame in recent years for his outrageous work with Ajax, and Spurs need him in the dugout.

Ten Hag turned Frenkie de Jong, Matthijs de Ligt and plenty of other youngsters into some of the top talent in the world, whilst his Ajax side took the ​Champions League by storm after they came out on top against Juventus and ​Real Madrid, and he came within seconds of beating Spurs last season as well.

Liverpool 4-3 Newcastle: The Match of the Decade That Cost the Magpies the Title

Robbie Copeland - March 29, 2020 0
Balotelli...AGUEROOOOOOO!!!! - Martin Tyler, May 2012​ That iconic piece of commentary from the dying seconds of the 2011/12 season has been the absolute gold standard ever since. Manchester...

How Manchester United's Loaned Out Players Will Get on When They Return to Old...

James Smith - March 29, 2020 0
While Manchester United have used the loan market to strengthen their own team this year with the addition of new cult hero Odion Ighalo,...

How Arsenal's Loaned Out Players Will Get on When They Return to North London...

Ross Kennerley - March 29, 2020 0
​These were the ones who managed to get out - succeeded in escaping north London so that the atrocious season that has unfolded can't...

Met Gala 2019: Deepika Padukone stuns in a Barbie look at...