Before Brighton & Hove Albion ​chairman brought Nigel Clough to the Goldstone Ground in 1973, a big-match for the Seagulls normally meant fighting for mid-table obscurity in the old Third Division.

While the appointment was not successful, it set a precedent that Brighton were a forward-thinking club that wanted to achieve more. Over the last 50 years, Brighton fans have experienced it all, reaching the top and bottom of the football pyramid.

The club finished 23rd in the Third Division, the lowest position without getting relegated, in two consecutive seasons in the late 90s and now find themselves three years into their Premier League adventure.

During that time, there’s been plenty of players that have answered the call when the club’s needed them most.

Here’s our list of the Seagulls’ best big-game players. ​Anthony Knockaert joined ​Brighton in January 2016 and the Frenchman really hit the ground running. The quality of attacker’s performances at the Amex left fans thinking that promotion could have been on the cards if Knockaert had had a full season with the team.

The following season, they did have him for the full campaign; a campaign in which Knockaert would win the Championship Player of the Season in 2017, and help his side up to the Premier League. The mercurial winger never managed to consistently replicate that form in the ​Premier League, however he has occasionally showed flashes of what he’s capable, most notably last year’s strike ​against Palace. 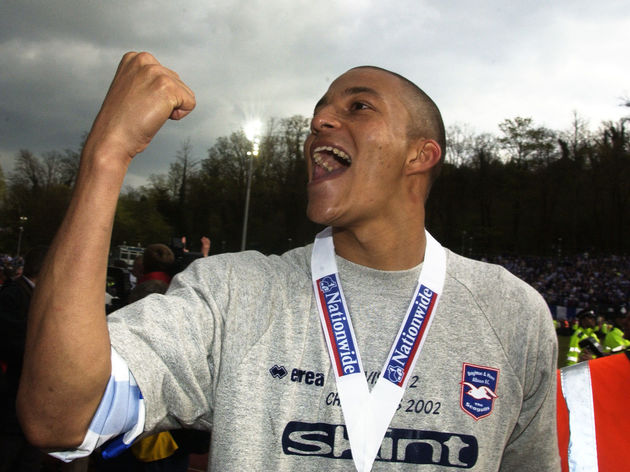 Signed from Bristol Rovers for a mere £100,000​, Brighton & Hove Albion picked up one of their greatest ever strikers for an absolute snip. Initially, Zamora joined for a three-month loan in February 1999 and scored six goals in six appearances to convince Mickey Adams to snap him up on a permanent deal.

Zamora was absolutely exceptional thereafter, smashing home over 30 goals in consecutive seasons to secure back-to-back promotions to reach the Championship.

The England international was such a big-game player that in Zamora’s second spell in 2015, Bobby struck an 89th-minute winner against Leeds with his first goal back at the club.

He also owns one of the greatest football chants to the tune of That’s Amore: ‘When the ball hits the goal it’s not Shearer or Cole, it’s Zamora.’

Biggest Moment: A sumptuous over the shoulder volley, slightly coming out of nowhere, against Halifax in 2000. It was during a two-season title-winning charge, when Brighton blitzed every side they faced. Bruno found a new home in East Sussex during his seven-year spell after never finding his feet in Spain. Snapped up on a free by Gus Poyet, Bruno became Mr. Reliable in the Championship, showcasing a similar playing style to Premier League great Pablo Zabaleta.

Never flashy, never out of position, El Capitan continually confounded critics who might question his age or athleticism, leading the Seagulls to the ​Premier League in 2017.

Biggest Moment: A classic captain’s rocksteady performance at the back vs. Wigan in 2017 as Brighton secured promotion to the top flight. In 1983, Second Division Brighton & Hove Albion reached the FA Cup final, where they squared off against ​Manchester United.

An FA Cup final for a club the size of Brighton was a thing of fantasy. It would be here that local lad Gary Stevens would embed himself into the consciousness of every Albion fan.

Biggest Moment: Down 2-1 to the heavily favoured United, Stevens popped up with three minutes of time to level things up and take the match to extra-time. Brighton would famously have a golden opportunity to win it but Gordon Smith would miss it and the Seagulls’ would lose the replay 4-0. A scorer in six tiers of English football, Glenn Murray is a true Brighton legend. His success shows that technicality and athleticism can occasionally be no match for footballing nous.

Brighton’s record post-war goalscorer, Murray was absolutely crucial during the promotion campaign of 2017. He notched 22 goals and developed a great understanding with the outstanding Knockaert.

Murray’s goalscoring means that Seagulls’ fans have forgiven Glenn for his spell at arch-rivals Crystal Palace.

Biggest Moment: Plenty to choose from but we’ve gone for Brighton’s first big six scalp. Murray was able to head home over a flapping Petr Cech to secure a victory over ​Arsenal in March 2018. 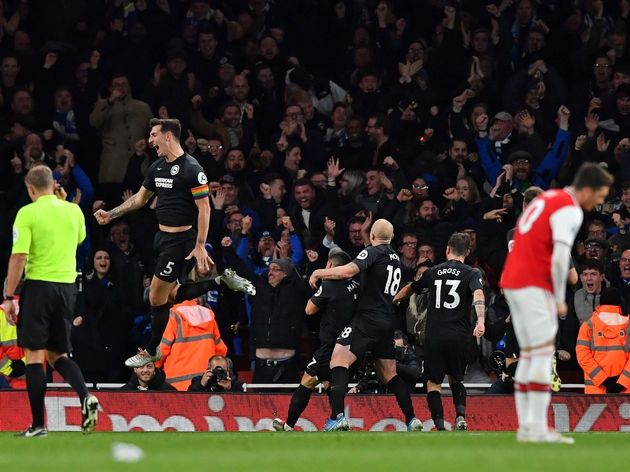 Seagulls’ fans have had the privilege of watching Lewis Dunk evolve from a League One player to an England international over the past decade.

An integral part of the best Brighton sides possibly ever, Lewis Dunk was one of the best players in the Championship and has comfortably made the step up to the Premier League.

An ever-present in the team, Dunk has averaged 37 appearances in his past two seasons in the top flight.

Biggest Moment: His 75th-minute winner at Craven Cottage in 2014 that capped a two-minute double salvo against Fulham.

Clément Lenglet & Arthur Both Expected to Return for Barcelona Against...