​After a midweek round of madness, the Premier League was back with a vengeance this weekend. Well, at least the down-trodden from Tuesday and Wednesday were.

Both Manchester City and Chelsea, fresh from differing but equally damaging losses, returned to form with aplomb, with Tottenham and Wolves the only sides able to back up a midweek win with another three points, as cats and handballs ran the show. But what were the best moments? This may as well be called the Paul Pogba–Marcus Rashford Link Up Play of the Week award. After the Great Depression of Jose Mourinho, Manchester United have launched straight into an economic boom. Their most vaunted commodity? The form of these two previous outcasts.

In these prosperous post-Mou times, their relationship knows no bounds, and Sunday’s score was the perfect example. As ever with these two, all aspects of the move were inch… well, I hate to say it again, but perfect. The weight on the lofted ball was perfect. The touch was perfect. But it still wasn’t enough for best goal. No sir. That award goes to Sergio Aguero for that third and final strike. The precision and accuracy he managed to get with just a brush of the arm really was exceptional. ‘Armazing’ even.

I mean, yeah the second was great and all, with a sumptuous first time dink from Ilkay Gundogan – reminiscent of that gorgeous Cesc Fabregas assist-assist against Burnley at the start of the 2014/15 season (sorry not sorry Arsenal fans) – and a wonderfully controlled volley-cross from Raheem Sterling, but the artistry in that armed-in third? ‘Outsthanding’. 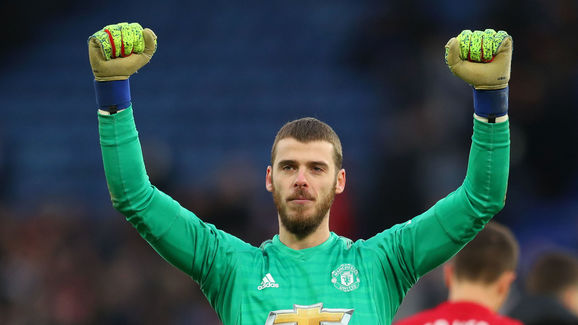 On Saturday night, this award was shaping up nicely. Serigo Rico had put in a stellar performance in Fulham’s 2-0 battering at Crystal Palace, and Martin Dubravka had earned Newcastle a poi-oh wait, no, no he definitely hadn’t.

But then, on Sunday, Dave the Save stole the limelight once more. It wasn’t quite Juan Mata circa 2012 style – because he had more time to see it coming – but it was still a wonderful piece of athleticism to block Ricardo Perreira’s top corner-bound free kick in the 77th minute. Once again, outstanding from de Gea.

Best Return to the Premier League 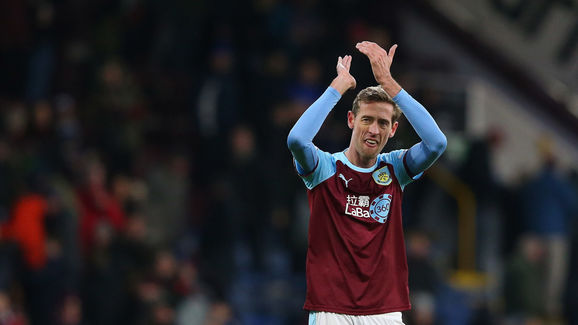 What a blessing it was to see this man grace the top division once more this weekend. It’s been far too long, but Peter Crouch is back And he’s better than eh – well, he’s still as functional a force up front as he was back in the day.

His mere presence in the box pushed Southampton’s defenders to the brink of insanity, and in the 93rd minute, they finally cracked, with Jack Stephens jedi mind tricked into recklessly batting the ball away with his hand volleyball style to stop Crouch from probably heading it to safety. Well, it’s all about mental resilience when you get to that age, and clearly Crouchy still has it. “Didn’t I see you in and around the Bournemouth area on Wednesday night?”

“No. You must be mistaken. I was in Milan that night that you speak of. I’ve never met any of you in my life. But here, enough about that, have two world class goals and three valuable points.”

On his first introduction to the Chelsea fans at Stamford Bridge, Gonzalo Higuain showed exactly why the Blues were so desperate to sign him. His goalscoring instincts are sharper than anything seen in west London for a long time. What a player. What a man. As the black cat descended onto Goodison Park, a shroud of mist enraptured the entire stadium, making all players in yellow/orange invisible to the naked eye for any man or women wearing blue, especially at set-pieces (even if the cat hadn’t yet made its presence known).

Or at least, maybe that’s what Marco Silva should have said. I’d have bought it. But he didn’t, and now we’re just left with the everlasting image of this black cat running amok at the home of the Toffees, clearly attempting imitate what he’d seen Matt Doherty do for the previous 70 minutes or so. Copy cat. (Cat joke #2)

Let’s not get stressed