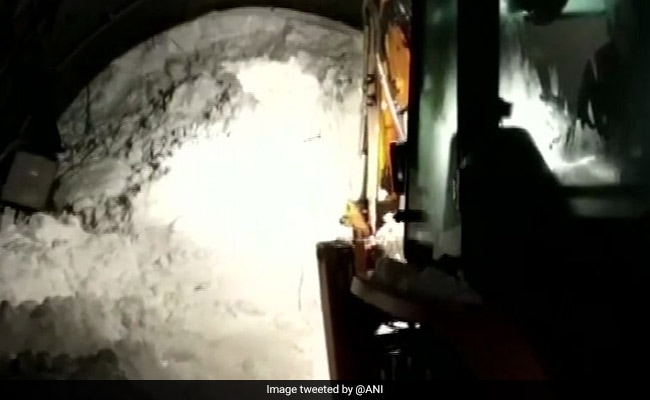 Ten people have gone missing after a police post was hit by an avalanche near the Jawahar tunnel along the Srinagar-Jammu national highway in Kulgam district. The 10 include six policemen, two fire service personnel and two civilians.

The avalanche hit the north portal of Jawahar Tunnel on the Qazigund side, a police official said.

Officials say around 20 people were at the police post when it was hit by the avalanche – 10 of them came out safely.

“Police rescue teams and other concerned agencies have been rushed to the site,” the police official said.

Earlier in the day, 78 families were shifted to safer places from avalanche prone areas in the district.

Authorities have issued an avalanche warning of varying danger levels for 16 of the 22 districts of Jammu and Kashmir for the next 24 hours.

Due to heavy snowfall, the valley remained cut off for the second consecutive day as the Srinagar-Jammu National Highway remained closed and flight services were cancelled at the airport in Srinagar.

Continuous snowfall in Kashmir over the past 24 hours has resulted disruption of essential services in most of the districts in the valley with electricity supply infrastructure suffering severe damage, officials said.

“We are on the job to restore the damaged infrastructure but the quantum of damage is very large and it will take some time to restore electricity back to normal,” an official of the divisional administration said.

(With inputs from agencies)

​Rio Ferdinand Heaps Praise on Daniel James, Labels Him as the...