The FA Cup third round provided all the usual thrills and spill over the weekend.

There were upsets, fine goals, magical moments and all sorts of drama in the 31 ties played all over the country.

Here’s a look at seven of the best moments.

Having secured a vital Premier League win over Liverpool during the week, Manchester City kept their foot on the gas and didn’t let up on Sunday as they hammered Rotherham 7-0.

Tottenham were also 7-0 victors in their Friday night game when they travelled to Merseyside to face Tranmere, newly back in the Football League this season.

After putting out a rotated team that featured the likes of Paulo Gazzaniga, 18-year-old Oliver Skipp and Fernando Llorente, and already leading 6-0 against the minnows, some might have considered it harsh that Mauricio Pochettino saw fit to send Harry Kane on for the final 15 minutes.

Kane, of course, scored his obligatory goal to make it seven for Spurs. 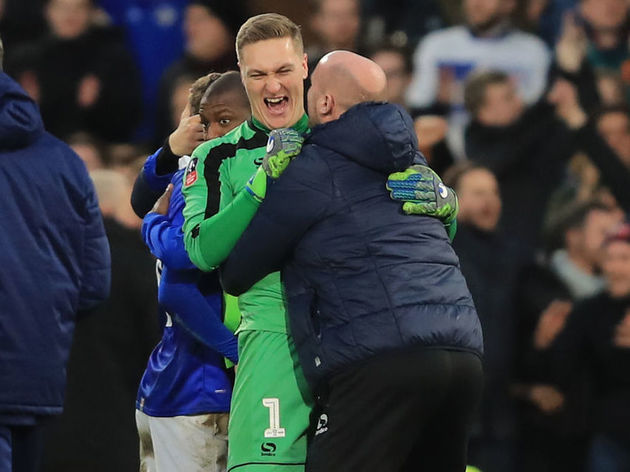 It could have been a different story for Oldham in their giant killing of Fulham had Aleksandar Mitrovic converted a late penalty he was specifically brought on to score.

The award of the penalty had been controversial after Fulham’s Tom Cairney appeared to go down despite no apparent contact from Christopher Missilou’s attempted tackle, especially as the incident was referred to VAR and then bizarrely upheld.

Daniel Iversen stood tall in the Oldham goal and parried away Mitrovic’s kick. That would have secured a replay for the League Two side, but there was still time for Callum Lang to win it on the day in the remaining minutes and send the Premier League team crashing out. An offside flag was not enough to spare the blushes of Chelsea striker Alvaro Morata for a truly astonishing miss in his team’s otherwise routine 2-0 win over Nottingham Forest.

Morata himself actually scored both Chelsea goals on the day, yet he suffered inescapable embarrassment during one moment when he somehow managed to loop the ball high over the bar barely a yard from goal as a low cross came into the box.

A flag meant it wouldn’t have counted had he tapped it in. But, come on…

Middlesbrough prevailed 5-0 against Peterborough at the Riverside Stadium. The tie had been level at 0-0 at half-time, with all five goals strangely coming in the second half.

Boro’s fourth goal of the day, a second for Britt Assombalonga, was rather special after the forward was played into position to finish by a classy backheel flick from partner Rudy Gestede.

AFC Wimbledon are in the fourth round after a 3-2 away win in all-League One tie against Fleetwood. The winning goal came in the 90th minute from Kwesi Appiah after a dramatic late comeback from the home side, still managed by Joey Barton.

But the pick of the goals from the game, and arguably the weekend came 10 minutes in when Andy Barcham gave Wimbledon an early lead. It wasn’t the type of spectacular drive scored by Southampton’s Nathan Redmond, Derby’s Tom Lawrence or Middlesbrough’s Lewis Wing, but a more subtle, instinctive and innovative flick and volley.

With his back to goal, Barcham couldn’t have scored in any other way at that moment. 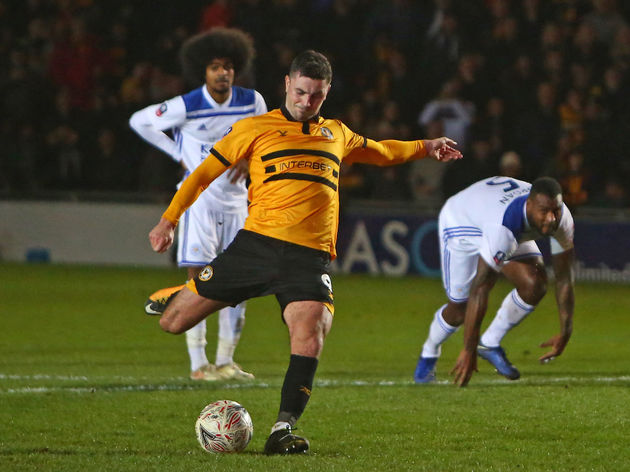 Gillingham, Bristol City and Oldham all knocked Premier League opposition out of the competition, while non-league Barnet heroically claimed the scalp of Championship promotion chasers Sheffield United – a team 84 places higher in the league ladder.

But the biggest shock of the weekend belongs to Newport County, slayers of Leicester.

The League Two side, who took Tottenham to a replay in the fourth round last year, went into the lead after just 10 minutes. Their dreams looked to have been dashed when Rachid Ghezzal equalised for the Foxes in the 82nd minute, but an even later penalty from Padraig Amond gave Newport one of the greatest results in their long history.

Having dumped Leicester out, Newport players proceeded to celebrate in style in the dressing room after the game and were rewarded with a big Nando’s delivery to boot.

The stuff of dreams.

Sir Alf Ramsey: The Man Behind the 'Wingless Wonders' & England's...