Arsenal captain Granit Xhaka made a bad day for the club worse on Sunday, compounding his own terrible performance in the 2-2 home draw against Crystal Palace, by responding poorly to the heckles of his own fans as he left the pitch.

Not only had the Swiss international failed in his duty as a leader during the game, bringing about his early substitution, he fought back against the jeers as he trudged from the grass, raising his arms above his head and then cupping his hand to his ear.

Xhaka, a player who has long divided opinion as to whether he justifies a place at the club as it is, proceeded to remove his shirt and head straight down the tunnel, rather than to the bench. For a brief moment, he even looked ready to throw his shirt to the floor. The fact that he didn’t might just have saved his career in north London.

Manager Unai Emery admitted the behaviour of his appointed skipper was ‘wrong’ and that the matter will be handled internally.

It was a hugely uncomfortable moment for Arsenal as a football club. But the shocking thing is that Xhaka is not the first Gunners skipper in recent memory to publicly embarrass the club.

William Gallas wound up at Arsenal in 2006 after leaving Chelsea under a cloud. Although the player himself denied it, his former club alleged that he had threatened to score own goals if he wasn’t allowed a transfer. The Gunners were the lucky recipients of his services.

Gallas was handed the captaincy a year later following Thierry Henry’s departure and Arsenal were in the Premier League title race until a fateful game against Birmingham in February 2008. The 2-2 draw is remembered for the horrific broken leg suffered by forward Eduardo, Gallas sitting down in the centre circle after Birmingham were awarded a penalty and the run of dreadful form it sparked – one win in eight league games – which ended the club’s title hopes.

Instead of rallying his teammates as a leader in a potentially season-defining moment, Gallas had simply sulked.

Nine months later, Gallas was then stripped of the captaincy by Arsene Wenger when he publicly criticised his teammates and lifted the lid on internal disagreements.

Suspicions that Cesc Fabregas was on strike to force a transfer to Barcelona in 2011 were only fuelled when the Spaniard was left out of the squad to face Newcastle in the opening game of the season.

Whether it was true or not, he hadn’t featured during pre-season and there was gossip that he was willing to forgo up to £4m in bonus payments to make it happen. 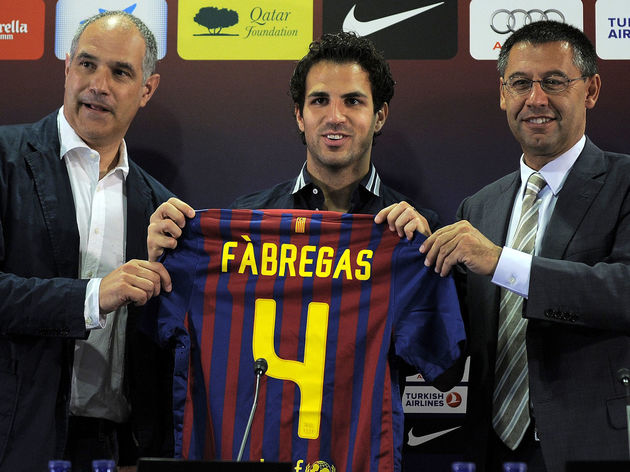 Arsene Wenger, of course, denied suggestions of a strike, insisting the midfielder’s absence was merely the result of not being match fit. But then Fabregas completed his exit to Barcelona two days later and made his debut for his new club just two days after that.

Fabregas had been Arsenal captain since 2008 when he was handed the armband at the age of 21. But having said in 2011 that he would never play for any other English club, he returned to England in 2014 to join the Gunners’ London rivals Chelsea and was soon seen kissing their badge.

With Manchester United and Manchester City both vying for his signature in 2012, Robin van Persie effectively forced his way out of Arsenal when he announced on his personal website just a few weeks before the season was due to begin that he would not be signing a new contract. 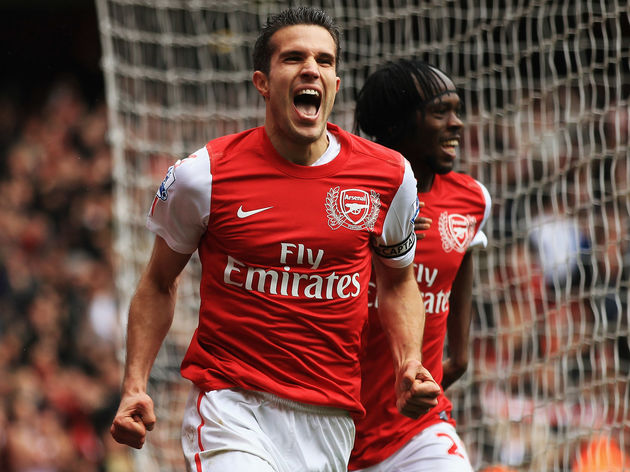 The Dutchman only had a year left on his existing deal and it backed the Gunners into a corner whereby they had to sell or risk losing him as a free agent. Keeping Van Persie against his will could also have been detrimental to the squad morale.

Around six weeks later, Van Persie completed the controversial £24m transfer to Old Trafford. He respectfully refused to celebrate scoring against Arsenal in November 2012 and April 2013. But, having seemingly grown tired of the abuse from those who used to sing his name, that changed in November 2013 when he fiercely celebrated the only goal in 1-0 win.

The reason Arsenal had the need for a new captain this season is because Laurent Koscielny kicked up a fuss to force his way out of the club during the summer.

There was speculation that the French defender wanted to leave, but that Arsenal were blocking his wishes by refusing to waive the final year of his contract in order to at least command a fee. 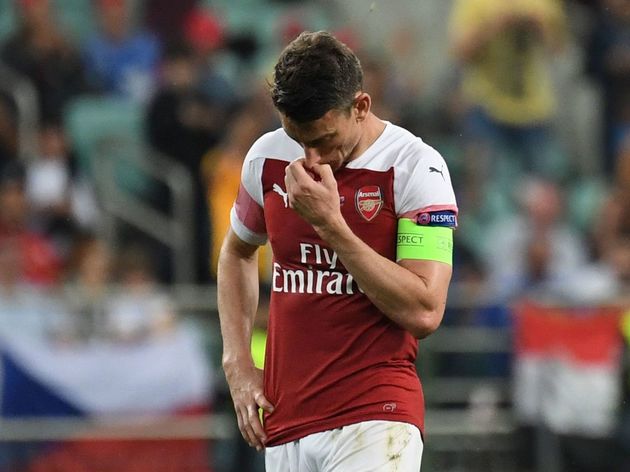 Koscielny’s response was to refuse to take part in the club’s pre-season tour of the United States and he stayed behind as the rest of the squad flew to North America. Eventually, he joined Bordeaux, where his unveiling on social media saw him remove an Arsenal shirt to reveal his new club’s colours underneath.

From a personal perspective, Koscielny explained that he wanted to return home to France with his family. It was perfectly understandable, but he went about it all the wrong way.

This bride wore the same lehenga as Deepika Padukone

Lionel Messi: His 32 Greatest Moments on His 32nd Birthday