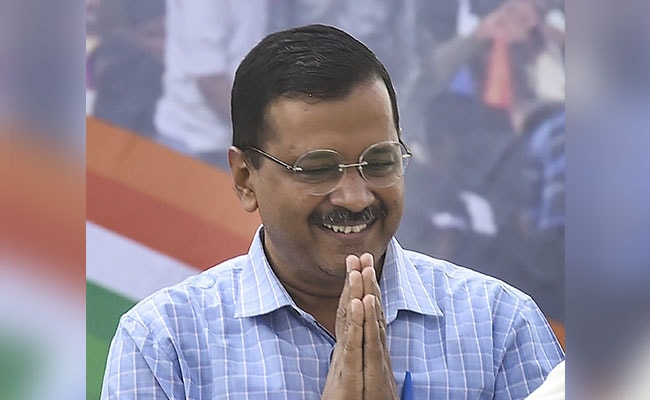 Despite a virtual split in the leadership of its Punjab unit, the Aam Aadmi Party (AAP) will contest all 13 Lok Sabha seats in Punjab, party leader Arvind Kejriwal announced on Sunday.

Delhi Chief Minister Arvind Kejriwal arrived in Punjab on Sunday to launch the party’s election campaign for the Lok Sabha polls with a rally in Barnala town.

“People want a change. They are fed up with the Modi government. The BJP will lose in the Lok Sabha elections,” Mr Kejriwal told the media in Punjab’s Sangrur, around 130 km from Chandigarh.

The AAP has already announced the names of five candidates for Lok Sabha seat in October. These seats are Sangrur, Faridkot, Hoshiarpur, Amritsar and Anandpur Sahib.

Two AAP lawmakers from Punjab, Dharamvira Gandhi and Harinder Khalsa, who were suspended from the AAP in August 2015 for taking on the AAP leadership, have not been named as party candidates so far. Their suspension has also not been revoked.

The AAP had won four Lok Sabha seats in Punjab in the 2014 general elections. AAP candidates in 2014 had put up a good fight in other constituencies as well. The party could not win a single Lok Sabha seat anywhere else in the country in that election.

There are 13 Lok Sabha seats in Punjab. The Congress is in power in the state since March 2017.

The AAP, which showed a lot of promise as a third alternative in Punjab against the traditional political rivals Congress and Shiromani Akali Dal-Bharatiya Janata Party (SAD-BJP) alliance, has been in a disarray in the past over two years with infighting and a virtual rebellion by its leadership.