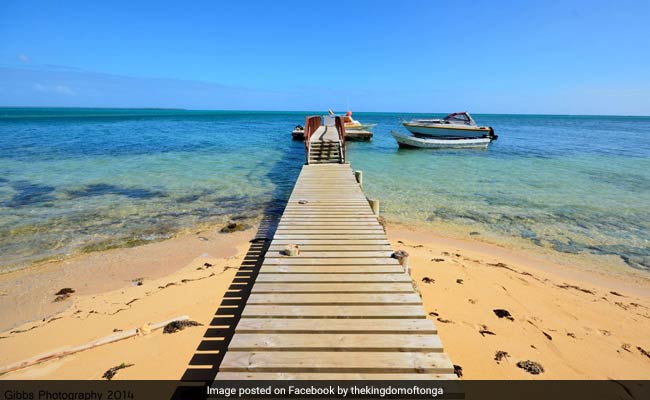 Tonga has been plunged into virtual cyber darkness after an undersea cable broke, cutting off the Pacific island kingdom from almost all cell phone and Internet services.

While life without the Internet may be considered a paradise for many, Tonga relies heavily on links with the outside world for daily supplies and vital tourist earnings, and faced “an absolute disaster” as officials struggled to fix the problem.

“We are all heavily tied to the Internet for doing business and for the government,” Mary Fonua, editor of the online news service Matangi Tonga, told AFP on Wednesday.

“There’s no Facebook, which is how the Tongan diaspora communicate with each other, businesses can’t get orders out, airlines can’t take bookings for passengers or freight.”

While the authorities look into the cause and struggle to find a solution, they have turned to a small, locally operated satellite connection as back-up.

The restricted access also meant serious problems getting money transfers through for families who rely on income from relatives working overseas.

Tonga Cable, which administers the 827-kilometre (514-mile) cable between Tonga and Fiji, said Internet traffic had to be prioritised until repairs were completed, and in the meantime social media websites may be blocked while the country of 110,000 relies on makeshift connectivity.

“We may block Facebook, YouTube and stuff like that in the meantime so that we can maximise the small bandwidth that we have from satellite on what is important to the country.”

At the Bank of South Pacific Tonga, acting operations manager Salesi Fineangano said telex transfers could be completed via satellite connection to the bank headquarters in Papua New Guinea, “but we need the regular internet connection for Moneygram, internet banking and emails”.

Officials said it could take up to two weeks to fix the cable.