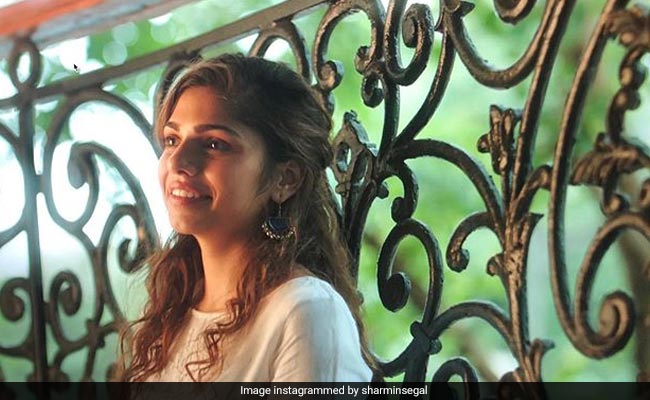 Sharmin Segal does not consider herself a ‘star kid’ but admits that being the niece of Sanjay Leela Bhansali helped her get a break easily. Sharmin Segal, who is the daughter of Sanjay Leela Bhansali’s sister Bela, has made her debut with Malaal opposite Jaaved Jaaferi’s son Meezaan. The newcomer says there is pressure to live up to the expectations that come from being Mr Bhansali’s niece. “There are advantages and disadvantages if you have someone from your family in the industry. It was easy for me to get in as compared to maybe others but then the responsibility is more because I have to live up to the expectations. (But) I don’t consider myself a starkid or industry kid because my parents are not actors,” Sharmin Segal told PTI.

Sharmin Segal started as an assistant on the sets of Bhansali’s films such as Ram Leela and Bajirao Mastani, lost weight and groomed herself before her debut. “While growing up, I wanted to be a doctor. I took to theatre while in college where I was bitten by the acting bug. People used to laugh at me when I was on stage as a 94 kg girl. Wishing to become an actor was scary as in the glamour world appearance matters the most, besides talent,” Segal said.

Sharmin says she tried to hide her love for acting from Bhansali initially but he noticed that she was keen about it during Bajirao Mastani.

“He saw that I was taking a keen interest in learning the nuances of acting, I was closely observing all the actors. After coming back from the acting school, I told him ‘let me audition for any film’. He asked me to meet Mangesh (our director), he felt I was apt for Malaal,” she said.

Sanjay Leela Bhansali is known to be a hard taskmaster on the movie sets. Asked if she was ever at the receiving end of Bhansali’s temper, she said, “Only once when I messed up with the costume in Bajirao Mastani. He told me he couldn’t believe that I was related to him.”

“He has been strict with me and it has only pushed me to do better. It motivates me. I value that experience. For me, the important thing is to gain knowledge about cinema, acting and art from him,” she added.