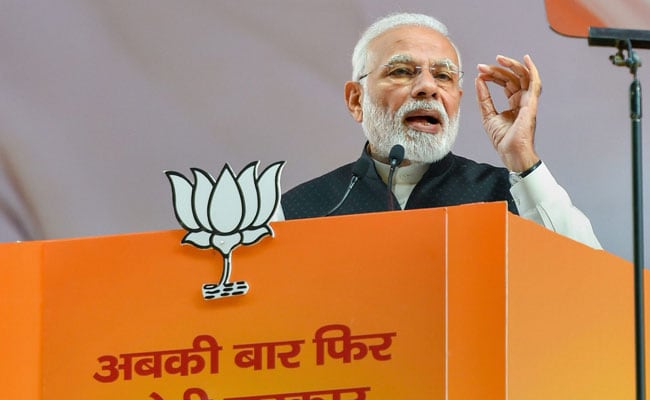 Prime Minister Narendra Modi’s tweet to a Bollywood group that missed out on a selfie with him got a dig from the Congress today, which shot back that his “Love Aaj Kal” is directed towards Anil Ambani. The reference was a reiteration of the party’s allegation of corruption and crony-capitalism against the government in the Rafale jet fighter deal and its alleged complacence about farmers’ woes and the continuing joblessness in the country.

The “backfie” posted by Kartik Aaryan, who played a lead role in the recent hit “Sonu ke Titu ki Sweety” showed him posing for the camera with Karan Johar, Imtiaz Ali and Dinesh Vijayan. In the background, one can catch a glimpse of PM Modi, with his back to the camera. The occasion was the opening of National Museum of Indian Cinema in Mumbai over the weekend.

In response to the actor’s tweet, “Losers’ backfie with the Honorable PM!”, the Prime Minister had tweeted last evening, talking of second chances.

Not losers but Rockstars!

No selfie Jab We Met but there will always be another occasion. 🙂 https://t.co/1Ud7D5jIvd

Modiji, we understand your ‘Love Aaj kal’ is directed towards Anil Ambani but the youth are unemployed, the farmers are distressed & the economy is in turmoil, so it wouldn’t hurt to pay a little more attention to the rest of the country. https://t.co/8KMjGDOro4

Congress chief Rahul Gandhi has been claiming that the government has not been able to generate even a fraction of the employment opportunities promised by PM Modi — the claims have been rejected by the government. The party has also repeatedly accused the government of neglecting the farmers.

The Congress had been at the receiving end of BJP barbs since it participated in Saturday’s opposition mega-rally in Kolkata held at the initiative of Chief Minister Mamata Banerjee.

In a tweet slamming the opposition today, Union minister Arun Jaitley wrote, “”All four ambitious politicians pursue fanciful strategies to replace PM @narendramodi, however, Congress can at best dream only to be a pillion rider,” Jaitley noted”.