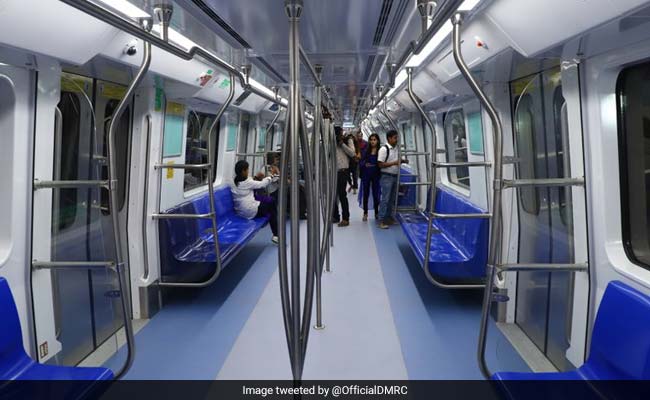 Starting Monday, the number of audio announcements inside trains on Magenta Line of the Delhi Metro will be reduced on trial basis, officials said on Sunday, adding the move is aimed at giving relief to commuters who complain about “excessive announcements”.

The Magenta Line links Janakpuri West in Delhi to Botanical Garden in Noida.

Currently, 34 audio and video announcements are made during the 57-minute journey.

The DMRC said in a statement it has decided to reduce audio announcements – about commuters sitting on floor, suspicious articles etc. – to “only seven” on trial basis for three months from Monday.

Twenty five announcements will be made only in video format, a senior official said.

Announcements welcoming commuters to Delhi Metro, urging them to use smart cards and for depositing tokens while exiting the metro fall in this category.

Rest two announcements about ladies’ coach and its direction will be made at platforms, it added.

However, DMRC said, mandatory announcements about “next station, door-opening side, destination station, and terminal station” will continue as usual in both audio and video formats inside the trains.

The measure will reduce the number of audio announcements inside the train but information will be available on video displays, it said.

Commuters say some of the “excessive announcements” can be done away with, now that people are largely familiar with the Delhi Metro.

Based on the feedback received, DMRC will decide whether to continue this measure and introduce it on Pink Line – Majlis Park to Shiv Vihar – after three months.