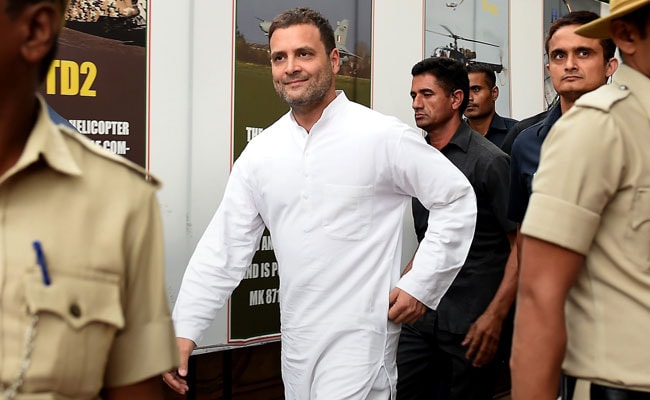 Mr Gandhi who was seen in the front row for President Ram Nath Kovind’s address on opening day of the budget session, walked into Sagar Ratna restaurant and sat at the table that was reserved for him, reported news agency IANS.

“He came around 2pm, had rava dosa and a filter coffee,” a restaurant spokesperson was quoted by IANS as saying.

Along with his attacks on Prime Minister Narendra Modi as he makes a pitch for the upcoming general elections, Mr Gandhi has stepped up his public appearances that showcase activities.

Mr Gandhi and his mother Sonia Gandhi were spotted last week in Goa at a seafood restaurant – Fisherman’s Wharf, while on a 3-day private visit. Mr Gandhi, on request, posed for photographs with customers at the South Goa restaurant.

A Goa-based dentist Rachna Fernandes, who was dining at the restaurant, said that the mother-son politician duo were having a quiet lunch, with no security guards present. She later posted a photograph with the Congress chief on Instagram.