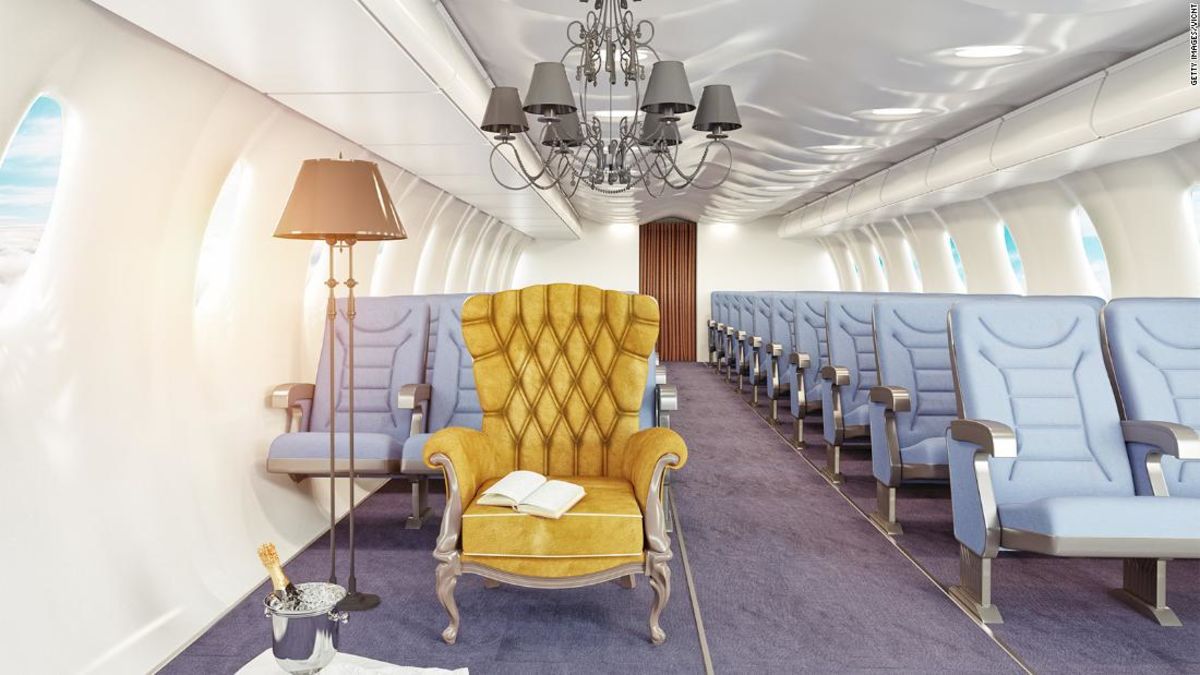 (CNN) — Historically, January has been a great time to scoop up discount deals on airfares for the year.

This year, however, would-be travelers will have to double- and triple-check search results to make sure their fares include an important element: A preboarding seat assignment.

The reality is the sign of a curious new travel trend that effectively charges passengers more money for tickets with confirmed seats. This approach to pricing has been common among low-cost carriers such as Spirit and Allegiant for ages. Now, it seems, the nation’s largest airlines are giving it a whirl, too.

United was the latest big-name carrier to take the plunge: On December 14, the company unveiling a new “Preferred” option that comprises a limited number of aisle and window seats toward the front of economy on every flight. Other traditional carriers — American, Delta and Alaska among them — offer some form of upgraded fare class that includes seat assignments for a small premium.

Airlines say the moves are part of a concerted effort to diversify products and give customers more options, a pay-to-play environment in which customers who are willing to spend more receive the peace of mind that comes with confirmed seat assignments and the comfort of larger seats with more legroom.

Critics say the move is yet another push for profits at a time when other perks such as bag allowances and on-board food have been monetized.

The bottom line: Assigned seats are no longer a given with every purchase, which is a departure from how the booking process has generally worked until recently.

“Airplane cabins are a type of real estate. And as with all types of real estate, some locations are more appealing than others,” said Henry Harteveldt, president of Atmosphere Research Group, a travel industry analysis firm in San Francisco. “In a way, this is no different than how a Broadway theater or a music concert venue sells its tickets: The better seats cost more than those that are less appealing.”

To be clear, most airlines still have options for travelers who don’t wish to pay more for seat assignments. These are considered basic economy fares, and all major airline carriers have them in one form or another. In these cases, a passenger would purchase a ticket that gets him or her on the plane, then get a seat assignment upon check-in or at the gate before boarding.

The upside to this approach: Rock-bottom prices. The downsides: Significant baggage restrictions (in some cases, no carry-ons), and no guarantees as to what part of the economy cabin you’ll sit.

These basic economy fares work for budget-minded travelers but are dicey propositions if you have specific seat preferences or you’re traveling with others, according to George Hobica, creator and founder of the Los Angeles-based Airfare Watchdog, a website that tracks low fares.

“If you’re traveling with an elderly parent and you can’t afford to pay extra for the peace of mind that you can sit together, rules of these basic fares can feel particularly diabolical,” he said. “The same is true for families with young kids, though some airlines will attempt to seat you next to your child at no additional charge.”

Tickets with seat assignments eliminate this uncertainty. A recent check of the three major airlines revealed economy fare classes with confirmed seats ranged from $9 to as much as $59 more than the most basic fares available.

During peak travel times or on international flights, the differences can be even more significant.

Most airlines automatically upgrade frequent travelers who have achieved certain status levels in their loyalty programs. Everybody else must pay the difference. This could explain why some have dubbed the differences in price as “seat-assignment fees.” Technically, they’re not fees at all. But they feel like fees. And that hurts—especially at a time when fees represent major revenue for the airline industry.

The most recent statistics from the Bureau of Transportation Statistics indicate that U.S.-based airlines collected more than $4.5 billion in baggage fees alone in 2017—a record amount and a nearly 10 percent increase over the $4.1 billion reported in 2016.

Not surprisingly, many passengers and passenger advocates have had trouble adjusting to the new reality of paying more for seat assignments.

Brett Snyder, a former airline employee who now writes the Cranky Flier blog, described the phenomenon as “effectively a money grab” on the part of the carriers. Douglas Kidd, executive director of the National Association of Airline Passengers, said “unless it involves an upgrade to a better class of service, we do not believe that seat selection charges in economy are appropriate or justified.”

Then there’s Caitlin Childs, a 34-year-old nonprofit executive from Northern California who experienced the new seat situation for the first time while booking a weekend trip from the Bay Area to New York.

After doing a preliminary search with online travel agencies such as Expedia and Kayak, Childs was excited to see round-trip fares for about $275 per person. Upon closer inspection, however, she realized those prices were basic fares — tickets with confirmed seat assignments were an additional $68 each.

“I totally felt like it was a bait and switch,” said Childs, who ended up spending just over $342 per ticket. “Ultimately I ate the cost but was frustrated about it.”

Childs added that if the airline had done a better job of communicating from the beginning about the differences in fares, she would have felt less betrayed and would have been less irritated about paying more for tickets with seat assignments.

Perhaps better communication is on the horizon.

Delta has laid out all its ticket options on a new webpage, while United openly is preaching the benefits of “segmentation” of the passenger cabin. During a conference call with reporters around the Preferred launch in mid-December, United CEO Oscar Munoz defended the new fare class by explaining that the airline is trying to offer more products to appeal to a broader number of customers, adding that “there’s certainly not a ‘piss-off-the-customer-factor’ in anything we do.”

At American, spokesperson Ross Feinstein explained that the airline keeps a small number of seats on every flight open, so gate agents can respond to individual requests from passengers who haven’t confirmed spots before arriving at the airport.

Ultimately, Harteveldt said the future of airline pricing may be linked to the economy, and that a slowdown could nix airlines’ desires to add fees or increase prices for optional products they sell now.

“I’m not sure what’s left for airlines to monetize, but where there’s a will, there’s a way,” he said.

Matt Villano is a writer and editor in Northern California. Learn more about him at whalehead.com.

Jurgen Klopp to Place Faith in Rhian Brewster After More Than...