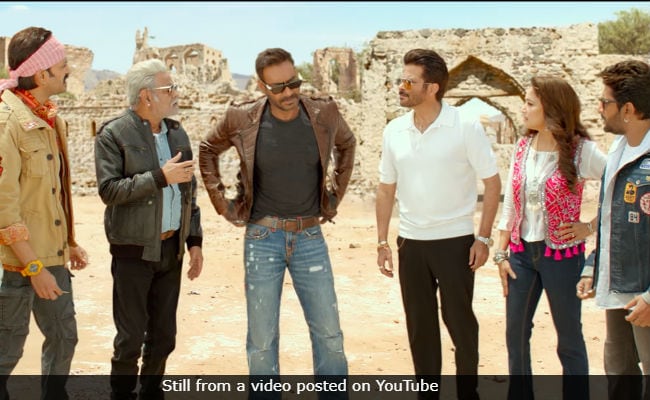 The trailer of Total Dhamaal hit the Internet on Monday afternoon and it appears to be a half-hearted attempt to make a comedy film. Directed by Indra Kumar, the film features Anil Kapoor, Madhuri Dixit, Ajay Devgn, Arshad Warsi, Riteish Deshmukh, Sanjay Mishra, Esha Gupta and Boman Irani, among others. Total Dhamaal is about a treasure hunt of sorts which divides the star cast of the film into smaller groups, all of whom want the treasure for themselves. They all opt for separate paths with their own challenges. The three-minute trailer, which also gives a glimpse of the promotional track Paisa Yeh Paisa featuring Sonakshi Sinha, has few funny moments.

Watch the trailer of Total Dhamaal:

Total Dhamaal was earlier scheduled to open in theatres in December 2018 but the release date was moved to February 22 due to exhaustive special effects. Speaking to IANS about the film’s delay, Jaaved Jaaferi had said: “There are lots of special effects in it and it was consuming lot of time… They didn’t want to compromise on anything that is the reason why they shifted it to February.”