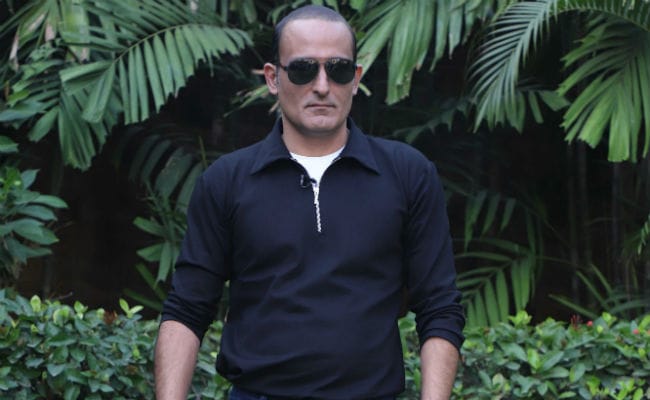 Actor Akshaye Khanna, currently awaiting the release of The Accidental Prime Minister, told Deccan Chronicle that he was initially offered the role of late actor-politician Sunil Dutt in Ranbir Kapoor’s Sanju. However, the role did not go to him because of failed look tests. “Rajkumar Hirani and I had a couple of meetings. In spite of innumerable look tests, I was a misfit in that character. So I missed out on working with him in the biopic,” Akshaye Khanna said. Sanju, a biopic on actor Sanjay Dutt, is the second-highest earning movie of 2018. Sanjay Dutt’s role was played by Ranbir Kapoor while actor Paresh Rawal was cast as his father Sunil Dutt.

“I feel sad at not being able to work in Sanju after being bestowed upon with a chance to be the part of the film. He (Raju Hirani) is such an incredible and brilliant story teller,” Akshaye added.

Paresh Rawal had earlier said that he thought he was ‘destined to play’ Sunil Dutt in Sanju. During the trailer launch, he revealed that Sunil Dutt had sent a letter to him in 2005 for his birthday.

“There is a very special connection of Sunil Dutt with me. Back in 2005 on the May 25, I was doing some patchwork in Mumbai for Deewane Huye Paagal, I went to a hotel as I landed from the US to make a call to my home when my wife Swaroop said Dutt saab had sent me a letter. I asked ‘Whose?’ She said, ‘Sunil Dutt saab‘,” Paresh Rawal said in a statement, news agency IANS reported.

“I was like, ‘Why would he write a letter to me?’. She said, ‘For your birthday’. I said my birthday is on May 30, why would he write a letter five days before. Straight cut to January 2, 2017, when I was at the narration of Sanju at Rajkumar Hirani’s house, I got a call from Swaroop asking me what to do of the letter of Dutt saab in the drawer… amazing connection. I asked her if the letter was still there? Earlier you would get birthday letters, which you would eventually clear. However, for over 12 years, the letter stayed in my drawer. This is the connection… I think I was destined to play Sunil Dutt,” he added.

Directed by Vijay Gutte, The Accidental Prime Minister is scheduled to be released on January 11.