Alia Bhatt, who is currently in Chanderi, Madhya Pradesh for the last schedule of her film Kalank had a special visitor on the sets. Soni Razdan, who had accompanied Alia to the historical town, spent some quality time with her daughter over some piping hot cup of tea. The 25-year-old actress shared a boomerang video of her mother on her Instagram stories, seated on a chair, sipping into a cup of hot tea. “Tea time on set with mommy,” she captioned the video. Alia Bhatt recently arrived in Mumbai after spending the New Year’s in New York with rumoured boyfriend Ranbir Kapoor and his family. Soon after Alia touched down in Mumbai, she left for Chanderi with her mother on Sunday. Soni Razdan is filling up her Instagram timeline with photos from her trip to Chanderi. Take a look at all the photos here. Sonakshi Sinha, who is also part of the Abhishek Varman-directed film, finished shooting for her part on Tuesday. She announced the wrap with a picture of herself against the backdrop of the town. “Just the beginning of the year, and the end of a new film! It’s a wrap for me on Kalank, a project I am proud to be a part of! Can’t wait for you all to see it,” she captioned the picture. 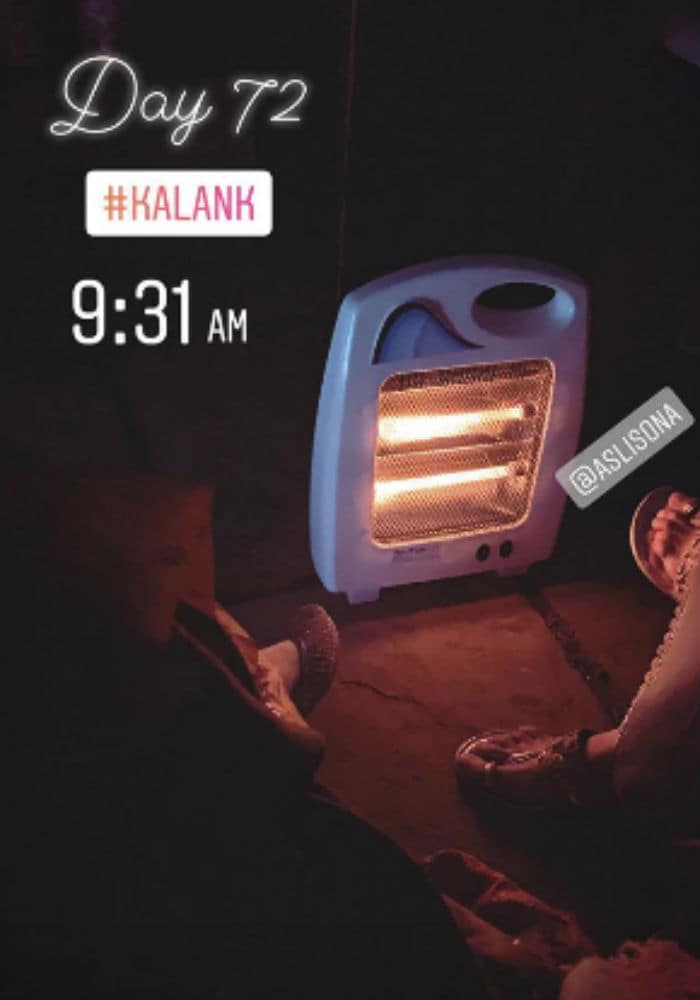 Nothing much is known about Alia’s character in Kalank but Karan Johar, who is the producer of the film, said that her performance in Kalank made him emotional. KJo, who had joined Neha Dhupia for an episode of No Filter Neha, said: “I saw something that Alia had done in Kalank and I was just so moved by the work she had done. I won’t disclose what it is (but) she has done something in the film. You know when I see Alia I get that feeling like I’m seeing my daughter perform.”

Meanwhile, Alia Bhatt is currently gearing for the release of Zoya Akhtar’s Gully Boy, which also stars Ranveer Singh. Gully Boy is said to be inspired by the life of Rapper Divine, who is counted amongst the top Indian rappers. Alia plays Ranveer’s love interest in film. Gully Boy is set to release on February 14.