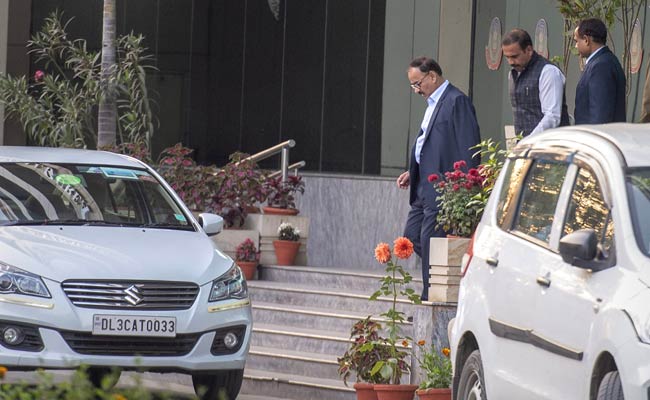 Hours after he was shunted out as the chief of the CBI, Alok Verma broke his silence on a cryptic note, blaming “one person who was inimical to him”. Mr Verma said that he was transferred on the basis of false, unsubstantiated and frivolous allegations made by only one person, who was trying to harm him.

A committee led by Prime Minister Narendra Modi removed Mr Verma from the post on Thursday evening, barely two days after he was reinstated as the chief of the country’s top investigating agency. by the Supreme Court.

The committee said he “had not acted with the integrity expected of him”. Apart from PM Modi, the high-level panel comprised Supreme Court judge Justice AK Sikri and Congress leader Mallikarjun Kharge who represented the opposition. The committee based its decision after detailed discussions on a report by the Central Vigilance Commission on the allegations against Mr Verma.

Mr Verma, in a statement to news agency PTI, said the CBI being a prime investigating agency dealing in corruption in high public places is an institution whose independence should be preserved and protected. “It must function without external influences. I have tried to uphold the integrity of the institution while attempts were being made to destroy it. The same can be seen from the orders of the central government and the CVC dated October 23, 2018, which were without jurisdiction and were set aside,” he said.

Alok Verma termed it “sad” that he was transferred on the basis of “false, unsubstantiated and frivolous allegations made by only one person, who was inimical to him”.

The 1979-batch IPS officer was made the chief of Fire Services and Home Guards under the Union Home Ministry two weeks before he retires on January 31.

Mr Kharge, who differed with the rest of the panel, questioned how Mr Verma could be removed without a hearing and argued that he should be restored to “ensure independence and neutrality of CBI”. Contending that the CVC report lacked “substantial findings” against Mr Verma, Mr Kharge – who had opposed his appointment in 2017 – said his tenure should be extended as he lost 77 days after being “illegally’ transferred”. Mr Kharge’s dissent note said it did not find any evidence to substantiate the main allegations against Mr Verma. The