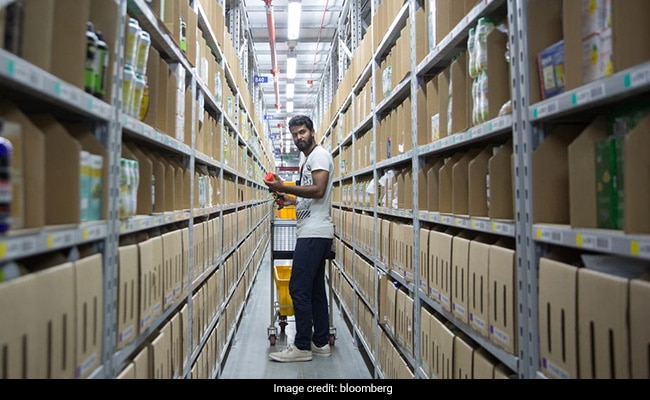 Amazon.com Inc. and Walmart Inc. find themselves on the same side for once.

The bitter rivals have come together in India to lobby the government on regulations that threaten to dampen their expansion ambitions. Among other things, the giant retailers are asking for an extension on a February 1 deadline for implementing those rules, according to people with knowledge of the matter.

The newly tightened regulations threaten to pinch Amazon and Walmart’s Flipkart in one of the world’s fastest growing online commerce arenas, where both have invested billions of dollars. They require online marketplaces to treat all vendors equally, effectively barring foreign companies from featuring exclusive products on their platforms, owning inventory, and thus being able to influence pricing and offer huge discounts.

In addition, Amazon and Flipkart get a lot of their inventory through companies they own or back, goods that’re then sold directly or through favored merchants. One such seller is Cloudtail, owned by a joint venture between Amazon and a company run by Infosys Ltd. billionaire co-founder Narayana Murthy. As rules stand, the two American companies must sell any stakes they hold in such companies.

“They are campaigning together against the new rules because these companies have over $20 billion at stake in the market,” said Satish Meena, a New Delhi-based forecast analyst at Forrester Research Inc. “At least another $10 billion investment will be made by these two companies in the next few years and this is the leverage they are trying to use.”

The Economic Times first reported on lobbying to extend the February 1 deadline.

The regulations were announced last week, a few months ahead of national elections, when the government will need the support of the vast group of small retailers who’ve been hit by the growth of online retail and other government moves. Those same merchants have accused Amazon and Flipkart in the past of predatory practices.

It isn’t all bad for Amazon and Walmart, however. The government’s Department of Industrial Policy & Promotion clarified on Thursday that the present policy does not prevent private labels from being sold on the marketplace, meaning Amazon and Flipkart can still push their own wares in categories ranging from fashion to consumer electronics.