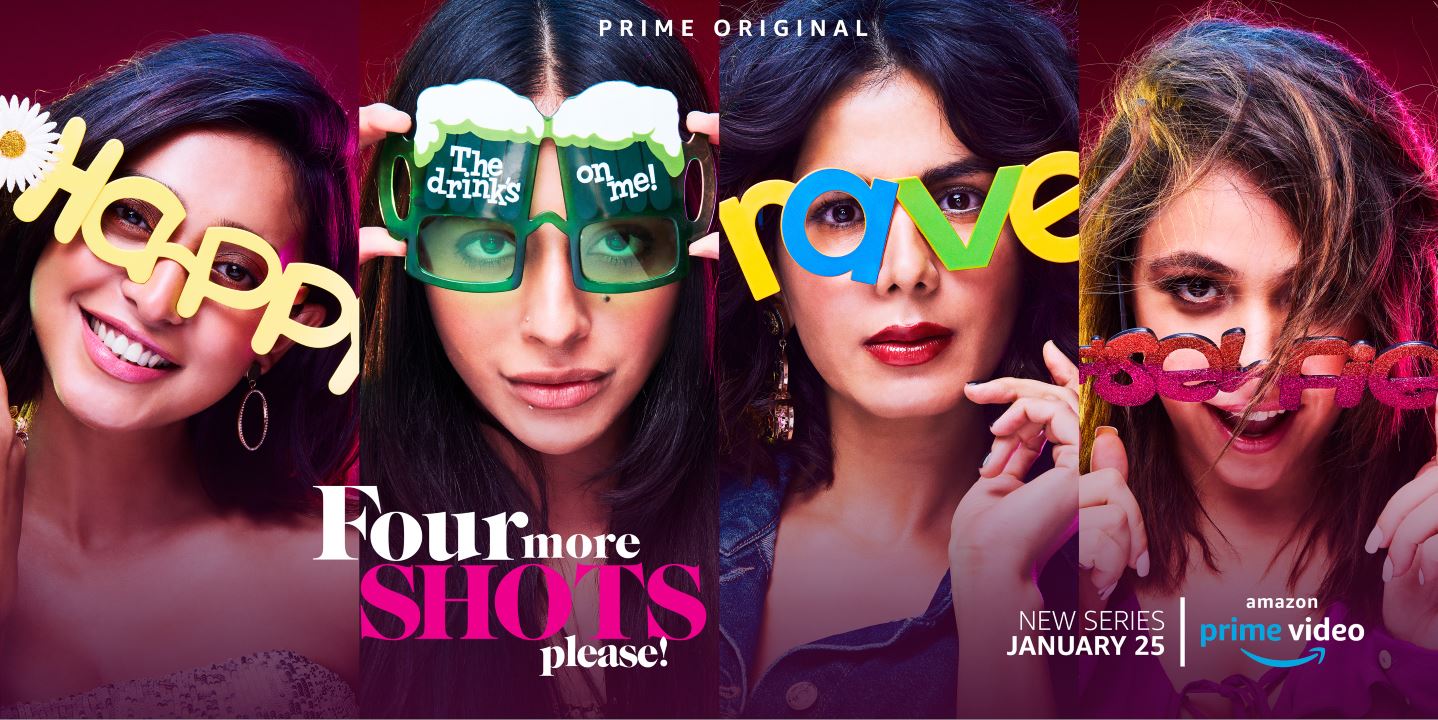 “From the moment I read the first page of the script, I have been excited about the release of Four More Shots, Please!,” Menon said in a prepared statement. “The show is determinedly front-footed and is an unapologetic take on the highs and lows of being a modern millennial Indian woman. It is sassy, sexy, funny, glamorous but it also packs an emotional punch, tugging at your heart when you least expect it. Directing this Prime Original Series has been both an exhilarating and liberating experience for me, with both, Amazon Prime Video and Pritish Nandy Communications giving me not just complete freedom but also the right kind of support to help bring my vision alive.”

“It is always our endeavour, through our films, to strike a chord with relatable stories, stories that capture the spirit of today’s India, the new India that is often missing from our cinema,” Mr. Nandy said. “With our debut digital venture, we intend to take this ahead and explore what cinema is yet to brave. Four More Shots Please! takes you on a unique journey that today’s audiences will identify with. Yes, it is about women—four young urban women whose lives and loves we follow, whose passion and fierce individuality we celebrate—but it is also a delightful insight into what modern day relationships are based on. Friendship, love, compassion, and a joyous celebration of what brings them together. The show has been put together largely by a women crew too, led by Rangita and Anu and in Amazon Prime Video we have found the perfect partner to explore the sheer magic of this genre.”

All 10 episodes of Four More Shots Please! are out January 25, 2019 on Amazon Prime Video in India and across the world.