A day after partying with Gauri Khan, Karisma Kapoor and others, rumoured couple Arjun Kapoor and Malaika Arora stepped out for dinner together. They were photographed outside a posh restaurant in Mumbai and posed for the cameras. For the dinner date, Malaika wore a crop top and red trouser while Arjun was casually dressed. Off late, the rumoured couple have been spotted together several times. On Tuesday, Arjun and Malaika joined Gauri at Sanchos, for which she has done the interiors. Malaika’s sister Amrita, Seema Khan and others were also partied with Gauri, Karisma, Arjun and Malaika. Here are the pictures from Arjun Kapoor and Malaika Arora’s recent dinner date. 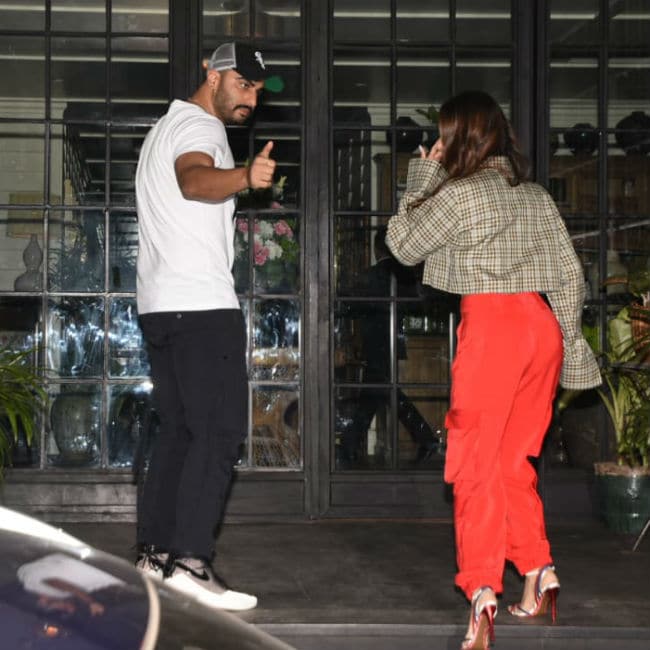 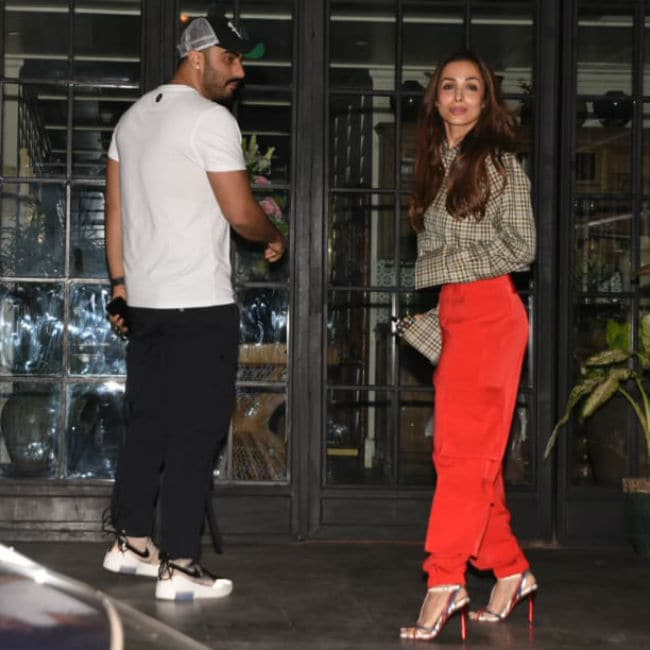 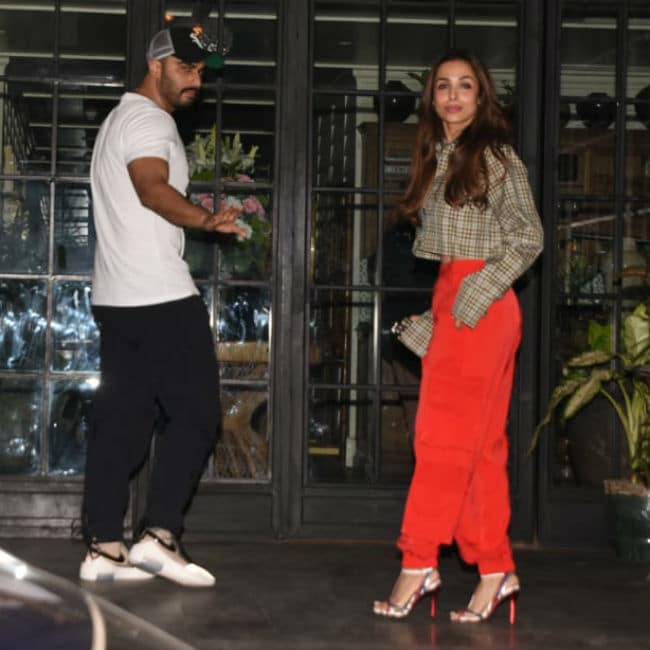 Take a look at the pictures from last night’s party.

Pictures from Arjun and Malaika’s outings often find a spot on the list of trends. Here are a few from the Christmas and New Year’s parties in Mumbai.

On Koffee With Karan 6, Arjun Kapoor confirmed that yes, he is dating someone, but didn’t reveal a name. “A lot that has happened in the family over the last few months and also with me, which has given perspective for me to answer this. I finally feel like I have a sense of belonging and a family,” he said.

Malaika Arora was previously married to actor-filmmaker Arbaaz Khan. They are parents to 16-year-old son Arhaan.

On the work front, Arjun is currently filming Panipat, along with Kriti Sanon. Sandeep Aur Pinky Faraar with Parineeti Chopra and India’s Most Wanted are his upcoming films.