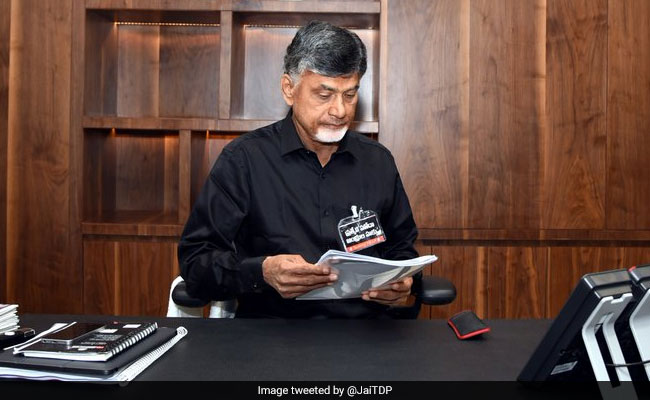 Andhra Pradesh Chief Minister N Chandrababu Naidu on Friday accused the BJP-led central government of “betraying” his state by failing to fulfil the assurances made during its bifurcation and said the Interim Budget had nothing on offer for the state.

He slammed the central government saying, “The Narendra Modi-led BJP government has betrayed Andhra Pradesh all these years”.

Citing the Interim Budget, he said that the central government has nothing in its bag for the state even in its last budget before the Lok Sabha polls.

The ruling Telugu Desam Party observed Friday as Black Day as a mark of protest against the BJP-led central dispensation, alleging that the Centre had “betrayed” the state in all the five budgets.

“Nothing is assured to the state even in this last budget,” said Chandrababu Naidu.

He also took on BJP legislators in the state and said they were ineligible to be public representatives.

The Andhra Pradesh Assembly took up the subject of AP Reorganization Act and the promises and implementation for discussion.

While BJP MLA Vishnu Kumar Raju was trying to defend his party, Mr Naidu intervened and slammed him. When BJP MLA Manikyala Rao stood up to counter, Chandrababu Naidu continued his angry speech.

“TDP did not compromise on anything. I faced much humility but kept on calling Modi Sir. But he did not pay heed to our requirements. He only gave dust and water for Amaravati. Now BJP is campaigning that they only brought Kia motors to AP. It is utter nonsense,” said Mr Naidu.

He termed the NDA government led by Prime Minister Narendra Modi as “worse than the British rule”.

“Why should we pay taxes to the central government? What is the right of Centre on the state’s income? They are doing threatening politics. Is Andhra Pradesh not part of the nation? BJP doesn’t have much bigger leaders in the South. There was only one, Venkaiah Naidu. Now you have sidelined him. How can BJP woo the people in South India,” he said.

Chandrababu Naidu continued his speech on the Reorganization Act assurances and special category status. He mentioned the Polavaram project, Kadapa steel plant, Visakhapatnam railway zone and other issues on which the central government is allegedly not cooperating.