​Sir Kenny Dalglish’s previously-unknown involvement at Liverpool has been revealed as a former player declared that the club legend has been getting involved in Liverpool’s training sessions this season.

The former Scotland forward scored 169 goals in 502 appearances for the Reds during what was the club’s most successful era in their history, winning 20 major trophies over a period of nine years.

After ​Liverpool forward Liam Miller moved to Kilmarnock on loan last week, he unveiled the extent of Dalglish’s work at the club. Speaking to the Sunday Post about his time at the Reds this season, the 19-year-old declared: “Kenny Dalglish gets involved in our sessions every now and then. He helps us with our finishing and stuff.

“I’ve trained with the first-team at Liverpool now and again.

“The front three is unbelievable, it’s amongst the best in the world and that makes it so hard to break in.”

Dalglish’s expertise in front of goal during his illustrious career means that his experience could be vital in helping Liverpool achieve what he did on numerous occasions during his career – win a league title. 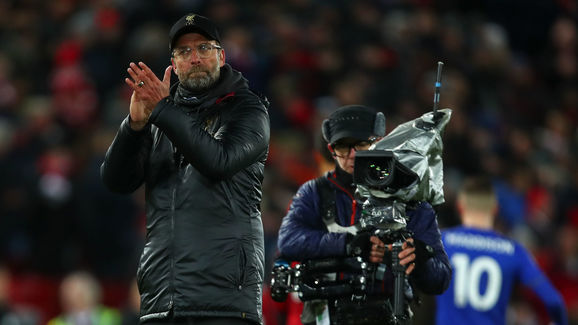 The 67-year-old managed the Reds on two occasions between 1986 and 1991 and later in 2011 where he led the club to their last major trophy, prevailing 3-2 on penalties against ​Cardiff City in the League Cup.

The current Liverpool side lead the Premier League by four points above Tottenham Hotspur and face a trip to ​West Ham United on Monday.

If the club do prevail in the league this season, it would be their first title since 1990 and also their first piece of silverware under boss Jurgen Klopp since the German took over in 2015.