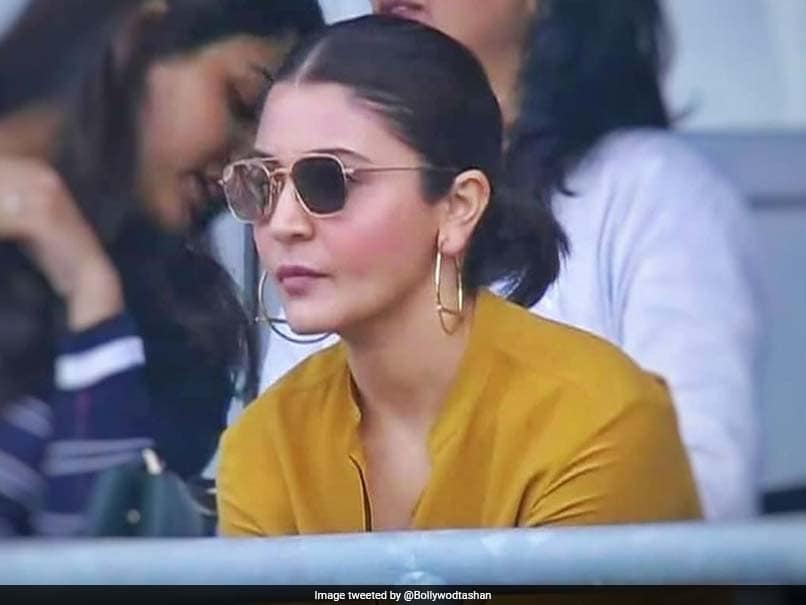 Anushka Sharma was seen cheering for Team India from the stands at Headingley in Leeds on Saturday. India are playing their last league fixture against Sri Lanka and are looking to finish on top of the points table. Anushka and Virat Kohli were previously spotted together in London ahead of India’s World Cup 2019 match against Afghanistan. India have been brilliant in the ongoing World Cup 2019, losing just one match — against hosts England. Rohit Sharma has been the star of the show with the bat while Virat Kohli has hit five consecutive half-centuries.

As soon as Anushka was seen on the screen, fans flooded Twitter with pictures of the actress.

In the match, Sri Lanka won the toss and opted to bat. Indian bowlers caused a top-order collapse with brilliant bowling. Sri Lanka were 55 for four at one stage, before Angelo Mathews and Lahiru Thirimanne helped their team to recover and post a competitive total of 264 for six in 50 overs at Headingley on Saturday.

For India, Jasprit Bumrah finished his 10 overs with figures of three for 37. India are looking to finish the league stage with a win and finish on top of the points table. India are currently on second place in the points table, a point below the defending champions, Australia. If India stay at second place, they will meet England in the second semi-final of the showpiece event.

Australia are also playing their last league fixture against South Africa in Manchester. If South Africa manage to beat the five-time World Cup champions then India will go on top of the points table and will face New Zealand in the semi-final of the marquee tournament.