An alliance of regional parties is working on a combined economic plan, one of its leaders said, in the latest sign that Prime Minister Narendra Modi faces an increasingly united opposition in the upcoming general elections.

That plan is likely to include a landmark policy floated by the Congress to provide the poor with a minimum income if it wins the polls due by May, N Chandrababu Naidu, who helped forge the common front, told Reuters in an interview.

The alliance – consisting of 23 parties that came together in a giant rally in Kolkata last month – would focus on poverty eradication, agriculture, employment and a “minimum income for every family”, he added. 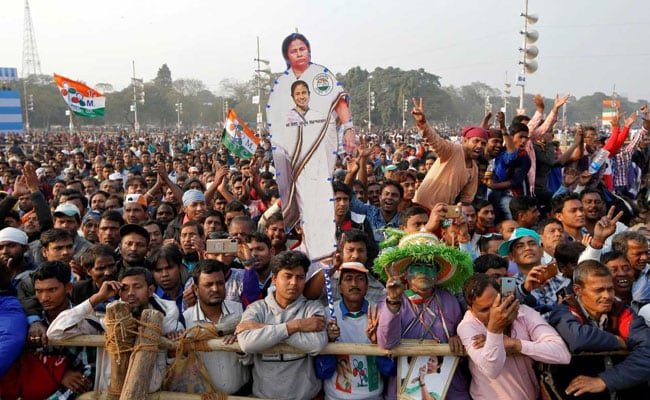 However, there are questions over who could lead the opposition alliance, or whether regional parties would be open to supporting Congress chief Rahul Gandhi should his party emerge with a significant number of seats.

“A prime minister will be decided afterwards with consensus,” Mr Naidu said, ruling out selecting a figurehead before the polls. “First of all we have to win the elections.”

As Chief Minister of Andhra Pradesh, Mr Naidu has been credited with implementing business-friendly polices that attracted firms like Microsoft to the southern state.

His Telugu Desam Party was part of a coalition led by PM Modi’s ruling Bharatiya Janata Party (BJP) till last March, when he broke away after disagreements over funding for Andhra Pradesh.
Since then, he has emerged as one of the main architects of an informal alliance seeking to unseat the BJP.

“I’m telling you anybody is better than Narendra Modi because he won’t listen to anybody,” Mr Naidu said. “He doesn’t have any comprehensive position.”