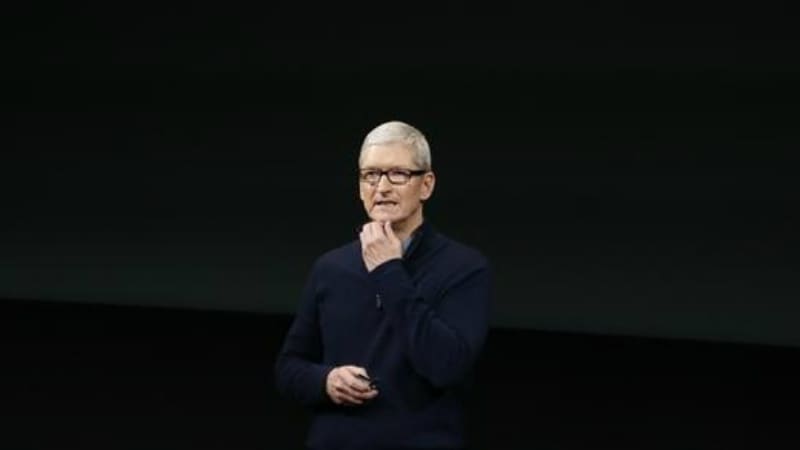 Cook received a $12 million roughly Rs. 84,500 crores) bonus for the year ended September 29, the Cupertino, California-based company said Tuesday in a filing. He also got a $3 million salary and shares worth $121 million from his 10-year stock award, bringing his total haul to $136 million (roughly Rs. 958 crores), along with perks of about $682,000. The bonus was linked to revenue and operating income targets, both of which rose 16 percent from a year earlier.

Repeating that feat may be challenging. Last week, Apple disclosed lower-than-anticipated demand for iPhones in China and elsewhere, and cut its revenue forecast for the first time in almost two decades. The announcement punished the stock, which has tumbled 12 percent since then.

Four other Apple executives got bonuses of $4 million, bringing their total pay to about $26.5 million each, including salary and stock awards. Part of the equity is linked to stock-return goals, while the remainder vests as long as the person remains on the job.

The bulk of Cook’s pay comes from the big stock award he received in 2011, when he succeeded Steve Jobs as CEO. It pays out in annual increments. The number of shares he receives partially depends on the performance of Apple’s stock compared with other S&P 500 companies. In August, Cook collected 560,000 shares because Apple outperformed more than two-thirds of the firms over three years.

Details about what the company paid Chief Design Officer Jony Ive, considered by some to be the firm’s most important employee, weren’t disclosed.

Apple Admits a Small Portion of Siri Recordings Are Heard by...