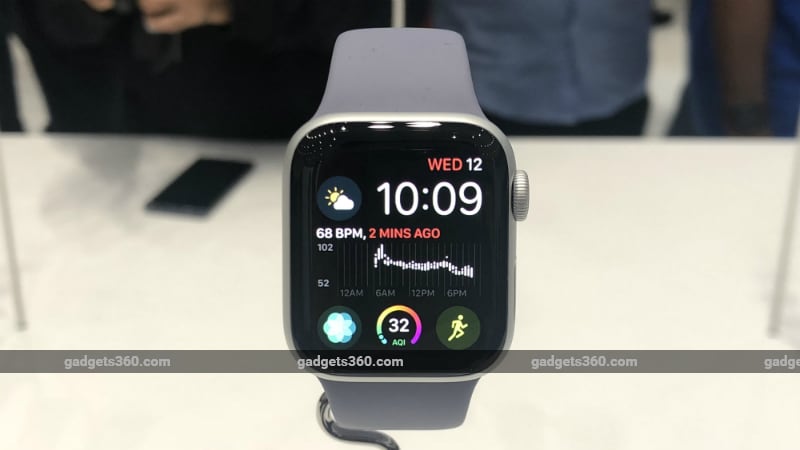 Apple is continuing to dominate the smartwatch market, but the company’s grip on the sector is loosening, revealed ABI Research, a market research and advisory firm, in its Wearable Device Market Share and Forecasts report. According to the report, Apple’s smartwatch market share dropped to 43.35 percent in the second and third quarters of 2018. The Cupertino-based company was followed by Fitbit, Huawei, and Samsung with each capturing around 8 percent of the market share. ‘Others’ accounted for rest of the smartwatch market. The total number of smartwatch shipments in the last year stood at 40 million units.

This is the not the first time that Apple has lost its market share in the smartwatch market. The company has been ceding ground to the rival since last couple of quarters. The last report shared by the ABI Research saw Apple’s share drop from 14 percent between Q4 2017 and Q1 2018.

Commenting on the research, Stephanie Tomsett, a research analyst at ABI Research, said that as the number of smartwatches “continues to grow, consumers are increasingly opting for devices from companies other than Apple, such as Fitbit, Huawei, and Samsung. Hence, Apple has seen its market share drop over the past couple of quarters.” The ABI Research adds that the consumers are driven to buy the Apple Watch Series 4, which was the lone smartwatch launched by the Cupertino-based company in 2018, because few other wearable devices offered the similar set of features.

Even though Apple is losing ground, there is not much cause of concern for the company as the overall smartwatch market is seeing a steady growth and the company’s loyalist and new consumers will continue to buy the Apple Watch models. But the rivals are expected to continue gain more and more market share in the coming quarters.

“With so many other smartwatches available with most of the major features of the Apple Watch, at a reduced price, increased battery life, or with greater compatibility with a larger number of smartphone OSs, more consumers are likely to move away from Apple in favor of these other devices,” Tomsett added.

The research report also predicted that smartwatch shipments will increase from 40 million in 2018 to 99 million in 2023.