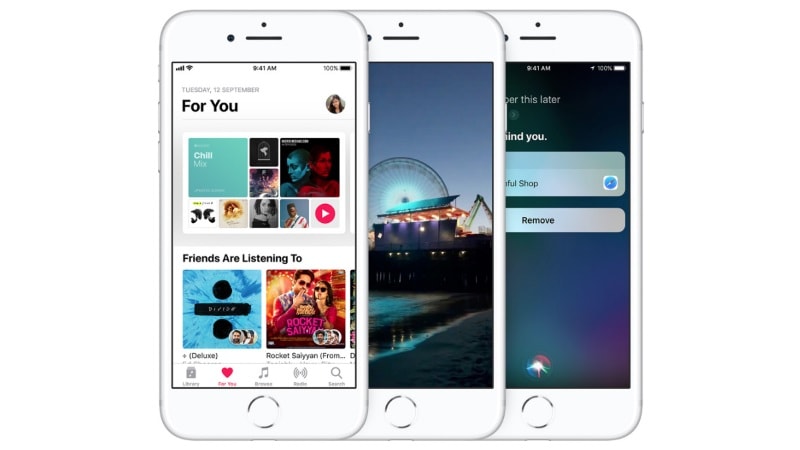 Apple has reportedly found a way to circumvent a ban on sales of the iPhone 8 and iPhone 7 in Germany, which was the result of a ruling against the company in a patent infringement lawsuit filed by Qualcomm. By modifying certain parts of iOS and swapping one component out, Apple might be able to change the iPhone 8 and iPhone 7 significantly enough that they do not infringe upon Qualcomm’s intellectual property rights anymore. The company has not confirmed any of these rumours, but has previously said that it intends to challenge the German court’s verdict. The sales ban took effect on January 4.

Apple is said to have made modifications to iOS, much like it has done in China, but the case in Germany also involves a specific hardware component used to manage the power consumption of the phone’s modem. According to AppleInsider, if this is possible, it could help Apple resume sales as well as avoid paying Qualcomm a licensing fee. The news was first reported by German website WinFuture.de.

Qualcomm secured a legal injunction against Apple in Germany in December 2018, following an intellectual property dispute. The American processor and modem manufacturer had alleged that Apple was improperly using its patented technology, whereas Apple maintained that Qualcomm was illegally exploiting a monopoly on cellular modems.

The ruling only affected older iPhone models, as Apple has stopped sourcing modems from Qualcomm. Apple withdrew the iPhone 7 (Review) and iPhone 8 (Review) from its 15 stores in Germany, but has been allowed to continue selling them through its partners, including mobile service carriers and third-party retailers. The ban went into effect on January 4 after Qualcomm posted a bond of 1.34 billion Euros.

The two companies have been engaged in similar legal disputes in other countries as well. After a similar ruling in China, Apple modified some parts of iOS including animations in order to negate Qualcomm’s claims. Affected iPhone models were allowed to remain on sale while the companies file appeals, but Qualcomm has also attempted to get the newer iPhone XS, iPhone XS Max (Review) and iPhone XR (Review) banned for similar reasons.

Flipkart and Amazon Gross sales This Weekend: The whole lot You...