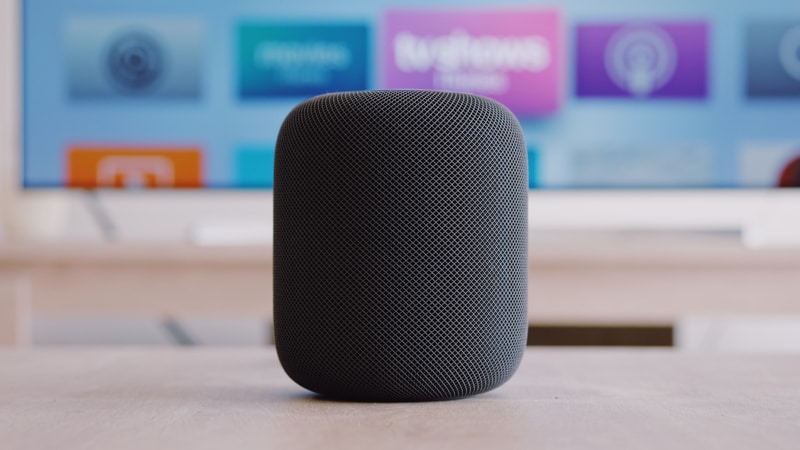 Apple may add a number of interesting new features in the next edition of its HomePod speaker. According to a patent filed by Apple back in 2017, the Cupertino-based company could add 3D hand gestures, Face ID support, and a lot more to its upcoming smart speaker. The patent application doesn’t directly refer to the HomePod but instead describes the product as a “countertop speaker” with various sensors and cameras.

The patent states that the smart speaker could offer visual feedback for hand gestures. These could include LEDs integrated directly into the fabric that encapsulates the speaker. The LEDs can also be configured to display specific characters depending on the time of the day.

The patent was first spotted by Mac Rumors which claims Apple may add 3D hand gestures to the HomePod via a company called PrimeSense, acquired back in 2013. PrimeSense’s technology was first used by Microsoft in its Kinect motion sensor for the Xbox gaming console. The patent itself was filed well before HomePod launched but was only published late last month.

The future edition of Apple HomePod could integrate the company’s Face ID technology as well. According to the patent application, the HomePod could identify nearby users using a facial recognition system which will also identify the distance of the user from the speaker.

The patent further goes on to explain some other interesting features we may see in future iterations of the HomePod. These include ambient light sensing, displaying weather forecast icon, the logo of a sports team that wins, integrating heart rate sensing, and a lot more.

Another interesting feature that the published patent includes is an emoji-powered avatar that switches with the user’s mood or actions. In case a user asks Siri about buying a birthday gift, via the HomePod, the speaker could display a happy emoji while the answer is being played out.

Apple has also included another feature that was spotted in the patent to analyse the tone of your emails while Siri is reading them. The speaker could show a sad, happy, or angry emoji while reading your emails. The person sending the email can also pick which emoji Siri could use while reading out the specific email.

All these seem to be interesting ideas as of now. Apple keeps filing a lot of patent applications with both weird and interesting set of features and products. Whether these will materialise into actual features remains to be seen.