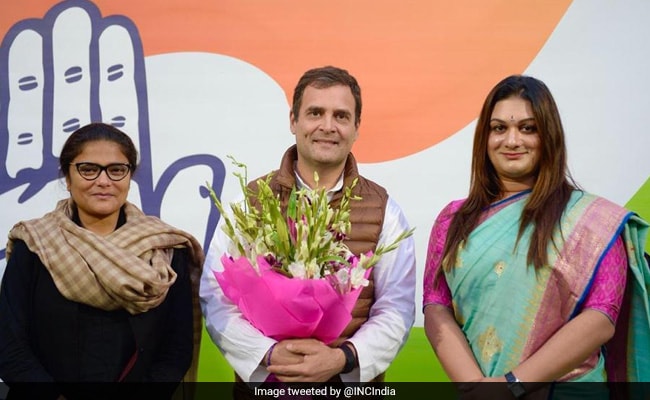 The Congress has appointed transgender activist Apsara Reddy as a national general secretary of its women’s wing, the Mahila Congress, making her the 134-year-old party’s first transgender officebearer.

Congress tweeted a photo of her with party chief Rahul Gandhi.

Welcoming Apsara Reddy to @MahilaCongress
As @sushmitadevmp puts it the path for inclusivity comes through acceptance and compassion beyond the set societal norms.#Womenpositivehttps://t.co/pG3AnmPc6J

A former journalist, Apsara Reddy had joined the All India Anna Dravida Munnetra Kazhagam or AIADMK party in May 2016.

She had moved to the pro-Sasikala camp of the AIADMK after party icon Jayalithaa’s death later that year.