​The rivalry between Arsenal and Tottenham has spilled over into the transfer window, with both clubs making inquiries about Roma’s Nicolo Zaniolo.

The 19-year-old attacking midfielder made a blistering start to his Roma career, securing a regular starting position in the team and attracting attention from several of Europe’s biggest clubs, following a string of impressive performances in Serie A and the Champions League. 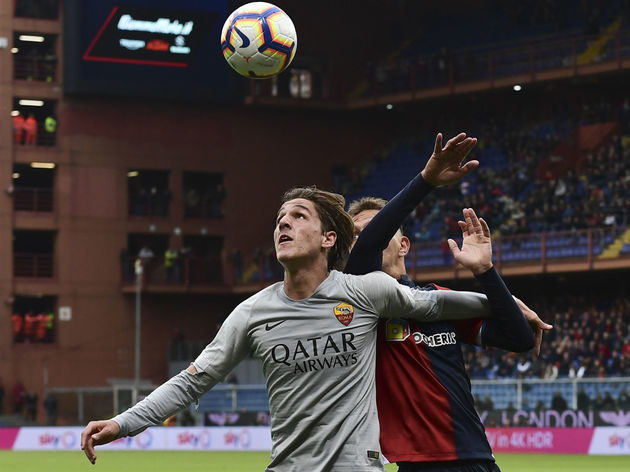 Despite at one stage being linked with the likes of Real Madrid, interest in Zaniolo had all but disappeared following an injury that restricted the talented youngster to just two substitute appearances for the remainder of the season.

However, according to Gazetta dello Sport his return from injury has lead to a resurgence in demand for the teenager, with North London rivals Arsenal and Tottenham having both reportedly held talks with Zaniolo’s representatives about luring him away from Serie A.

Before suffering the injury that forced him to watch the majority of Roma’s 2019 fixtures, a £44m asking price had been rumoured for the sought after youngster. That initial valuation has reportedly dropped to £35m, which is no doubt why Arsenal and Spurs are so interested in acquiring Zaniolo at this new cut price.

The Italian outlet has claimed that talks between both clubs and the 19-year-old’s representatives were positive – suggesting that the personal terms of any potential contract would be relatively straightforward.

Zaniolo arrived in the Italian capital following a stint as Internazionale where he failed to earn a cap for the senior team, despite impressing for their Primavera side. However, his time at Roma has been far more successful, picking up six goals in all competitions prior to his injury – earning himself an international call up in the process. Perhaps the coveted teenager’s most notable achievement came in a fixture against Porto, where he became the youngest Italian to score two goals in a single Champions League match.

If he decided to swap Italy for the Premier League, the lure of making more memories in Europe’s elite tournament could well be an integral factor. With Spurs already safely through to next year’s tournament, the outcome of Arsenal’s Europa League final clash against Chelsea could prove crucial to the proposed transfer.

Real Madrid are not the Same Side Without 'Boss' Sergio Ramos,...