Arun Jaitley, who had passed on the charge of the Finance Ministry while receiving medical treatment in US, has resumed office. He will attend a meeting of the Cabinet Committee on Security today to discuss the terror attack in Jammu and Kashmir’s Pulwama that left nearly 40 troopers of the Central Reserve Police Force (CRPF) dead and many critically injured.

Responding to the attack yesterday, he had said India would retaliate and “terrorists will be given unforgettable lesson for their heinous act”.

A suicide bomber had rammed a car into a bus carrying the CRPF troopers in the deadliest attack in decades on security forces in Jammu and Kashmir.

The Pakistan-based Jaish-e-Mohammad (JeM) claimed responsibility for the attack. The Indian government accused Pakistan of letting terrorist groups operate from its soil and called on it to take action. 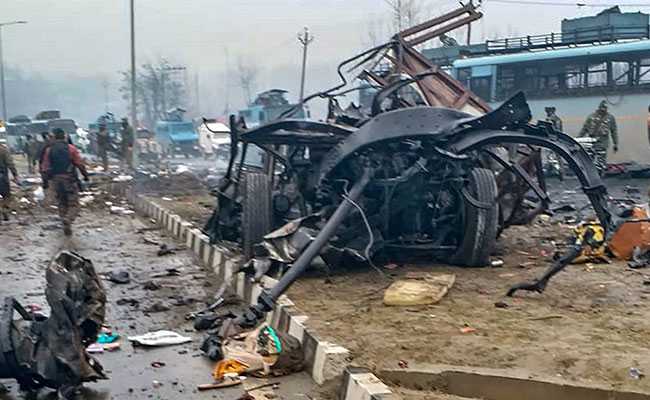 The terror attack targetted a convoy of the CRPF.

Islamabad said it rejected the suggestion it was linked to the attack.

The explosion targeting the CRPF convoy of over 70 vehicles carrying more than 2,500 men was heard from several kilometres away.

Calling a meeting for this morning of the Cabinet Committee on Security, headed by Prime Minister Narendra Modi and comprising the Home, Defence, External Affairs and Finance Ministers, the government said it was “firmly and resolutely committed to take all necessary measures to safeguard national security”.

Mr Jaitley had returned to India last week after receiving treatment in New York. During his leave, Railway Minister Piyush Goyal had taken care of the portfolios of Finance and Corporate Affairs.