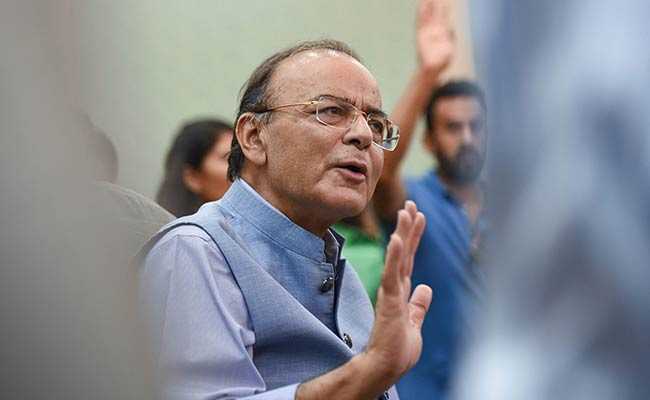 The Central Bureau of Investigation has got its new director. Madhya Pradesh’s former police chief will lead the country’s top investigating agency, it was decided on Saturday despite protests by one of the members of the selection committee led by Prime Minister Narendra Modi.

Mr Kharge even sent a two-page dissent note to the Prime Minister to register his resistance.

A day after Union minister Arun Jaitley, who is in the US on a medical trip, dissected what he described as “the Kharge dissent” in a blog post. The minister ripped through the Congress leader for dissenting too often.

In 2017, Mr Kharge, who was part of the three-member selection committee apart from the Prime Minister and Chief Justice, had written a three-page-long note to the government, marking his dissent to Alok Verma’s appointment. The Congress leader had said that Mr Verma had no experience in anti-corruption operations and the government had overlooked the senior-most and a more competent officer Rupak Kumar Dutta.

Dissents are a powerful instrument in democracy as the dissenter offers an alternative view point, Mr Jaitley pointed out and agreed to Mr Kharge’s right to dissent. However, the right to dissent is sacrosanct and has to be sparingly used, he added.

“A dissent should never be a political tool,” Mr Jaitley warned.

The union minister said that Mr Kharge has been dissenting on “every conceivable opportunity” and it has established a pattern of his frame of mind. “He uses the weapon of dissent excessively and not objectively. Using the instrument of dissent recklessly neutralizes its value,” Mr Jaitley emphasised.

Mallikarjun Kharge was also accused of being prejudiced and making the whole selection process (of the CBI chief) look like a “political battle” in Arun Jaitley’s 950-odd words Facebook post.

The minister also questioned why the Congress leader continued to be part of the committee that transferred Alok Verma when he was in support of the CBI officer.

“Mr Kharge’s dissent in the matter of the transfer of Alok Verma was coloured by his political views. He was a petitioner in the Supreme Court himself in support of Alok Verma. He should have recused himself from the Committee since his views were known. He suffered from a bias and conflict of interest. Yet he did not recuse himself. The only task before the Committee was whether the CVC report contains the adequate material for transfer of the Director or not. He wanted the Committee to either ignore the CVC report or sit in appeal against the finding of the CVC – something which was beyond the jurisdiction of the Committee,” the post explained.

Former CBI chief Alok Verma, who was engaged in a bitter fight with his deputy Rakesh Asthana over corruption allegations, was in January removed as boss of the high-profile investigating agency by a panel led by PM Modi, just two days after the Supreme Court had reinstated him in the post. He was transferred to the Fire Services as Director General, after the panel said that as CBI chief, he had “not acted with the integrity expected of him”.

Mr Kharge had put up a dissent note saying that the Central Vigilance Commission inquiry had not found evidence that Mr Verma was guilty of bribery.