​Ashley Cole has spoken about his infamous departure from Arsenal to Chelsea, admitting that he was ‘naive and stupid’ and revealing that he’s still saddened by the Gunners’ fans reaction.

Cole was part of Arsenal’s award-winning squad at the turn of the century, winning two league titles and three FA Cups with the Gunners, but left in 2006 to join city rivals Chelsea. The Englishman went on to lift eight trophies with the Blues under a spell laden with silverware, but was dubbed ‘Cashley’ by several embittered Arsenal fans who felt he left on bad terms. 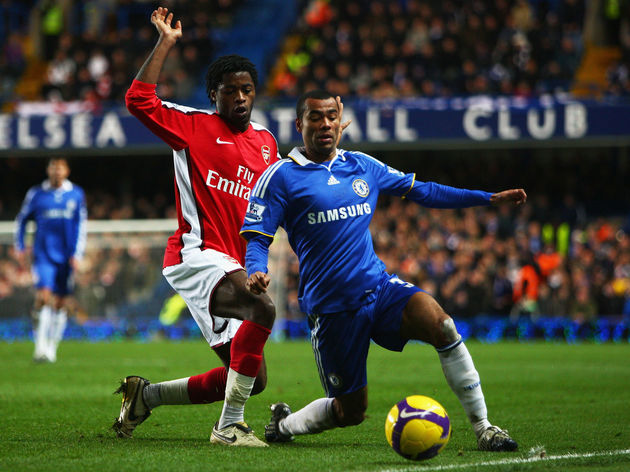 Cole, who has now returned to English football with ​Derby County after several spells abroad, spoke as a guest on ​Sky Sports’ Monday Night Football. He said: “I was young, naive, stupid, but it was something I felt I had to do.

“The way I acted I was a little bit stubborn at the time. Maybe I should have sat down with a few more people at the time and gone through it with an ice-cool head.

“I was a little bit hot-headed and didn’t realise what I was doing at the time as well but I don’t regret it. When I look back now, it was something maybe that was meant to happen.”

Cole also opened up about the nickname ‘Cashley’ which he received from ​Arsenal fans in the wake of his departure. He said: “Of course it hurt me because I knew it wasn’t just my fault. I didn’t leave for no reason. I didn’t go to Arsene Wenger and say ‘I want to leave’. There was more to it.

“It happens in football now, I’ve seen it happen to a lot of other players. It’s life, I moved on, they moved on. I do feel sometimes a little bit sad because it was my club, I played there since I was nine. To have that ill-feeling from the fans, still, is hard sometimes.”

Weight loss: The best time to exercise to lose weight