Prime Minister Narendra Modi, addressing a rally in Maharashtra today, reached out to the northeast on the Citizenship Bill, which has caused a rift between the BJP and its allies in the northeastern states. “I want to assure my brother and sisters of Assam and the Northeast, the youth there, that their rights will not be harmed,” the prime minister said.

The Citizenship (Amendment) Bill 2016, seeking to provide Indian citizenship to non-Muslims from Bangladesh, Pakistan and Afghanistan, was passed by the Lok Sabha on Tuesday amid protests by opposition parties who termed the proposed law “divisive” and “flawed”.

The new bill has become more controversial alongside allegations that the draft National Register of Citizens (NRC) in Assam, which leaves out lakhs of people, targets mostly Muslims immigrants. Opponents have alleged that the new bill legitimises non-Muslim immigrants, while Muslims who might had migrated years ago to India will be deported based on the citizen’s register.

A day-long shutdown was held against the Bill across the northeast yesterday, in which five people were injured. There have been student protests in Assam and the Asom Gana Parishad, an ally of the BJP, has ended its ties with the ruling party. 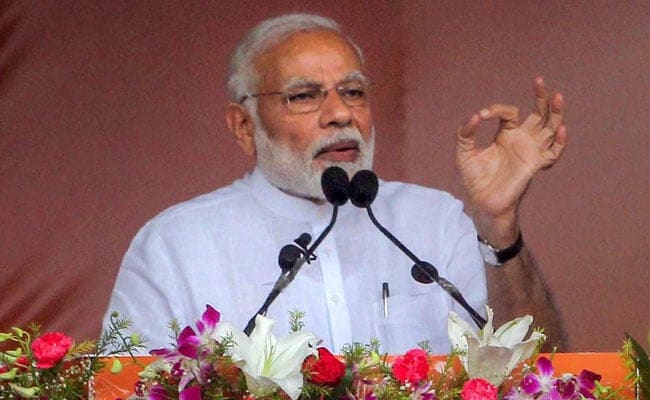 In Meghalaya, Chief Minister Conrad Sangma also warned that he would meet with his party to decide on whether to continue his alliance with the BJP. “I will call the party leaders from all states and decide on the next step,” he said.

Mizoram Chief Minister Zoramthanga, another BJP partner, is also upset. Zoramthanga and his party Mizo National Front (MNF) supported yesterday’s northeast bandh and said the Bill is against the principle of secularism and would have an adverse effect in the northeast.