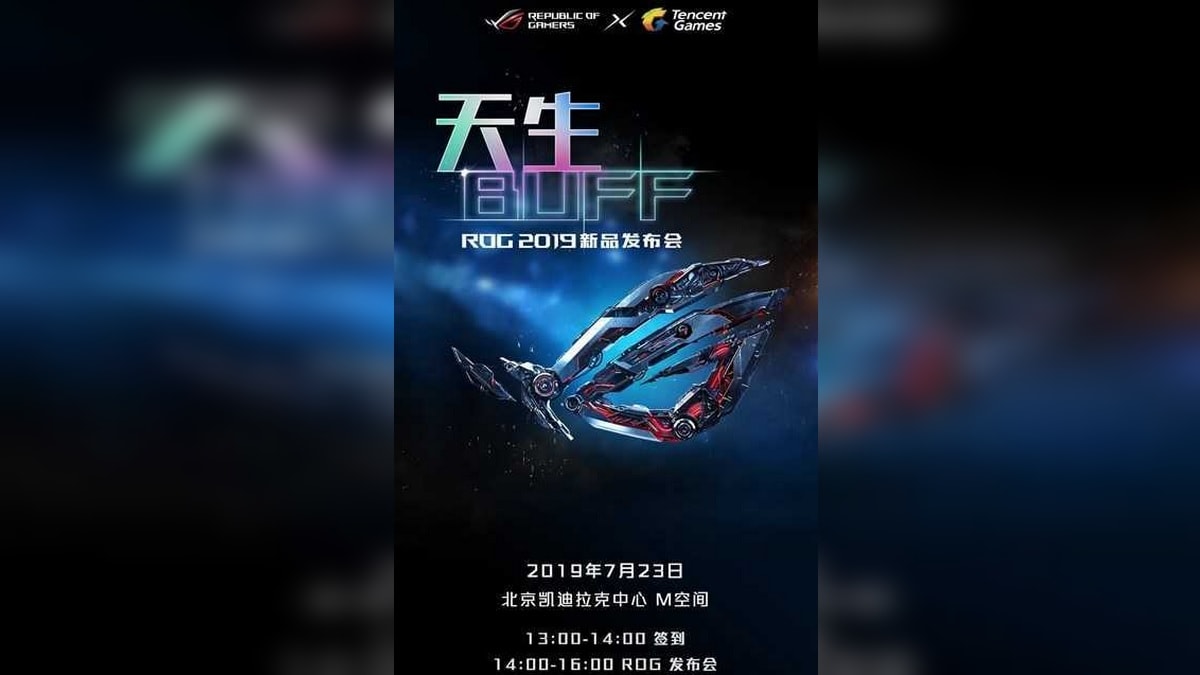 Asus has started sending out media invites for the launch of its next-generation gaming-centric phone – the ROG Phone 2. The successor to the original ROG Phone is set to be launched at an event in China on July 23. The company recently confirmed that the ROG Phone 2 will feature a 120Hz display and will go official later this month with exclusive gaming experience created by Tencent in tow. The ROG Phone 2 will take on the new breed of gaming-centric phones such as the Nubia Red Magic 3 and the Black Shark 2.

We have come across multiple Weibo posts from Chinese bloggers sharing an image of the launch invite which says that the ROG Phone 2 with a 120Hz display will be launched on July 23. Asus’ ROG gaming division also confirmed last month that the ROG Phone 2 will make its debut in July. But so far, the company has not revealed anything about the upcoming gaming-centric phone’s arrival in markets outside China.

The Asus ROG Phone 2 recently received a trio of certifications from US FCC, Wi-Fi Alliance, and China’s 3C. Reports emerging last month also tipped that the ROG Phone 2 will be launched on July 23, which has now turned out to be true. Asus has also partnered with Tencent to bring custom gaming experiences, with a few optimised games being in the pipeline to take advantage of the 120Hz display.

The ROG Phone 2 is said to arrive in two variants that will carry a starting price of CNY 4,399 (roughly Rs. 44,400), but there is no word on the phone’s specifications and features as of now. The 120Hz display will be the headlining feature of the ROG Phone 2, already confirmed by Asus, as the only other phone to come with a display with such high refresh rate is the Razer Phone 2. We’ll get to know more about the ROG Phone 2 when the gaming smartphone is launched later this month.

When It Comes to Disclosing Sponsors, Your Google Assistant May Be...