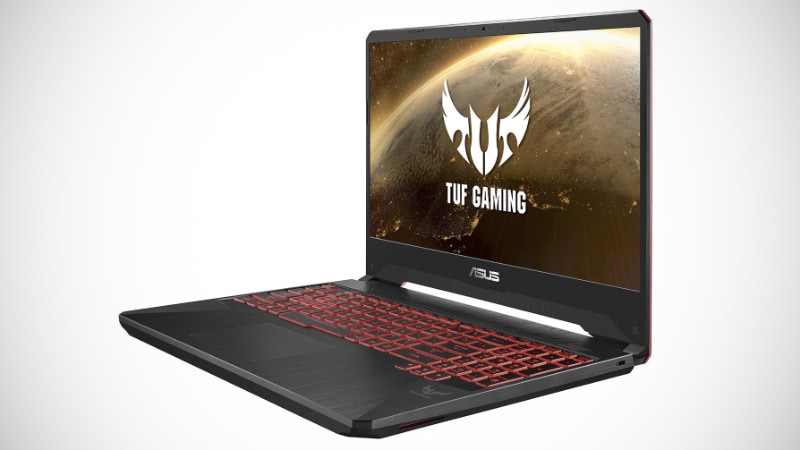 Asus is showcasing its TUF range of laptops at CES this year. Though nothing seems to have changed on the outside, under the hood seems to be a different story. The 15.6-inch FX505DY and 17-inch FX705DY laptops are now powered by AMD’s Ryzen 2 3550H APU and Radeon RX 560X discrete graphics, instead of Intel and Nvidia components that they boasted of last year. Asus had introduced the TUF gaming laptops last year, and the range was launched in India in November 2018.

Thanks to the new AMD chipsets, both laptops have full-HD FreeSync displays. The Asus TUF FX705DY display’s refresh rates hits up to 60Hz, and Asus TUF FX505DY refresh rates go up to 120Hz.

The move to AMD could be Acer’s attempt to keep the costs of the laptop low while delivering comparable performance. The previous models had GPU specs going up to GTX 1060, so we can expect similar performance from AMD’s RX 560X GPU.

As the name suggests, the TUF laptops are designed to be used under ‘extreme conditions’ and survive the kind of manhandling that would normally break a regular laptop. The series boasts a MIL-STD-810G military-grade build, and can survive accidental drops.

Both the Asus TUF FX705DY and TUF FX505DY have an RGB backlit keyboard that has a WASD keycap design and an Overstroke technology that is claimed to register keystrokes faster than an average keyboard. Other specs include 7.1-channel virtual surround sound, a 512GB PCIe SSD or 1TB Firecuda SSHD, up to 32GB of RAM, and HDMI 2.0 output.

Asus has still not unveiled the price of the new TUF laptops, but we can expect them to launch internationally within this quarter.