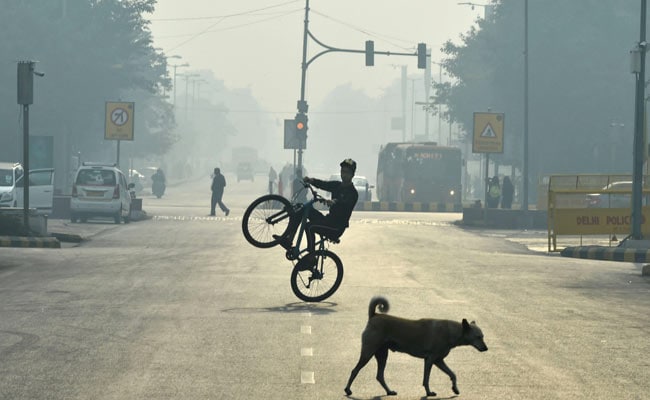 The national capital today recorded the warmest January day since 2012 with the maximum temperature settling at 28.7 degrees Celsius, seven notches above the season’s average.

While it was cold and foggy in the early hours with a minimum temperature of 7 degrees Celsius, which is normal for this time of the year, the mercury rose to 28.7 degrees Celsius by the evening, a Met department official said.

The humidity levels oscillated between 48 per cent and 100 per cent.

Last year, the warmest day was recorded on January 19 at 27.7 degrees Celsius, he said.

For Monday, the weatherman has predicted a cloudy sky with light rain or thunderstorms in the evening or at night.

There is also the possibility of isolated incidents of hailstorms, he said and added that gusty winds are likely to prevail.

Help save a life, donate a blanket for the homeless. Here’s How