Two goals from January signing Krzysztof Piatek helped Milan to a comfortable 3-1 win over Atalanta at the Atleti Azzurri d’Italia.

The hosts made a bright start to the game and a goal from Remo Freuler put them ahead just after the half hour mark,. However, superb strikes from Piatek and Hakan Calhanoglu either side of half time turned the game on it’s head to put Milan ahead just 10 minutes into the second half. Piatek then added a third goal for the visitors on the hour mark with a powerful header, and ​Milan were able to see the rest of the game out with relative ease to secure all three points and close the gap on rivals ​Inter in third place in ​Serie A to just one point.

Here’s a breakdown of the night’s events:

Heading into the game unbeaten in their previous six Serie A matches, Milan once again showed the character they have in their squad after coming from behind in impressive fashion. 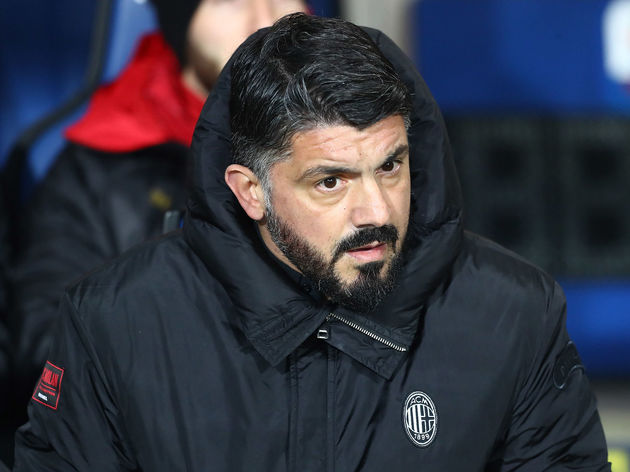 They came under heavy pressure to start the game and deservedly found themselves a goal behind, but they didn’t panic and they drew level right on the stroke of half time. From there, two more moments of brilliance from Piatek and Calhanoglu rewarded Milan with all three points – rounding of a clinical, emphatic performance.

Gennaro Gattuso’s men look like a different team to the one who couldn’t buy a win towards the end of 2018, and they’re now flowing with confidence and are starting to close the gap on Serie A’s top three teams.

STAR MAN – Milan lost their main goal threat in January when ​Gonzalo Higuain secured a move to Chelsea, but Gattuso already looks to have found the perfect replacement as Piatek bagged two more goals on the night; helping his side secure another vital win.

THAT IS ABSOLUTELY WORLD CLASS FROM PIATEK! IT’S ALWAYS HIM! ALWAYS HIM!

Piatek has just scored a beauty … He is an absolute goal machine.
What a signing he’s been ⚫️

The striker now has four goals in his last three starts since his arrival at San Siro, and the Rossoneri’s fans will be hoping for more of the same in the weeks to come. €35m is beginning to look like money well spent on Piatek – leaving many fans to ask the question Gonzalo who?

Atalanta will look to bounce back from this defeat when they travel to Torino on Saturday afternoon, whilst Milan will hope to extend their unbeaten run in Serie A to eight matches when they host Empoli at San Siro on Friday night.