Atletico Madrid have been incredibly busy in this summer transfer window, in regards to both outgoings and incomings.

Antoine Griezmann’s long-awaited move to Barcelona has recently been finalised, adding over £100m to an already inflated transfer budget that includes fees received for Lucas Hernandez, Gelson Martins and Rodri.

Diego Simeone has not been shy in reinvesting the funds, splashing a whopping £112m on 19-year-old Portuguese wonderkid Joao Felix, as well as Marcos Llorente and Kieran Trippier amongst others.

Amidst all of the transfer dealings, however, sits an Atletico academy brimming with young talent, desperate for a chance to impress in the first team.

Without further ado, here are six of the most talented of their youngsters who deserve their chance to shine on the main stage. As well as Felix, ​Atletico signed Benfica striker Ivan Saponjic this summer, for a reported £7m. Prolific in Serbia’s youth sides, he won gold in the 2015 Under-20 World Cup, scoring twice along the way.

With Angel Correa closing in on a move to ​AC Milan, the 21-year-old could be given the opportunity to stake his claim as a regular off the bench. Right-back Carlos Isaac impressed in his Atletico debut last season, helping the team to keep a clean sheet at home to Deportivo La Coruna in a 1-0 victory.

Although ​Kieran Trippier has been brought in to replace the departing Juanfran, with Santiago Arias a steady understudy, Isaac has the talent to breakthrough if given the opportunity. 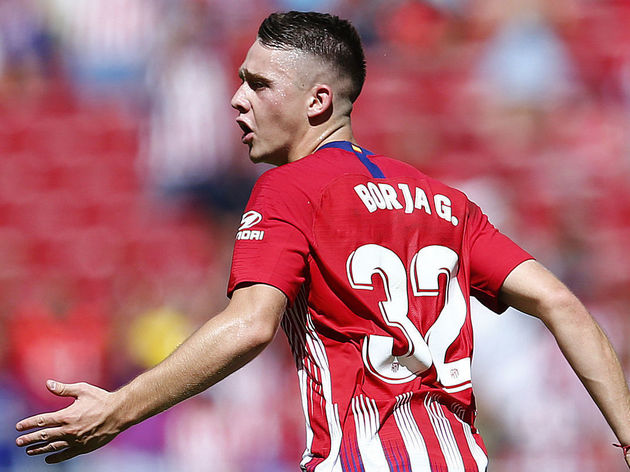 ​19-year-old Borja Garces made an instant impact last season, equalising in the dying moments against Eibar to rescue a point for Los Colchoneros – despite having only been on the pitch for 19 minutes.

The Spaniard should hope for more gametime in the 2019/20 season, and, while he replaced the injured Nikola Kalinic in the squad for his appearance last season, the Croatian’s underwhelming spell overall might signal the start of something greater for Garces. A centre back who can operate at left back, Francisco Montero played nine times in La Liga last season, breaking through the system as a highly-rated prospect.

With Filipe Luis and Lucas Hernandez having departed the club, and only 21-year-old Renan Lodi – a summer signing from Athletico Paranaense – capable of playing left-back in the current squad, Montero is likely to feature even more regularly. Toni Moya has routinely played for Spain’s youth teams, and been a mainstay in Atletico Madrid B’s midfield since 2016. He appeared for the first team just once last season, although he did complete 90 minutes with a polished performance.

With new additions Marcus Llorente and Hector Herrera arriving to bolster the central midfield ranks, Moya will find it challenging to find game time next season – but he remains one of the club’s brightest talents. The youngest on this list, 18-year-old Sergio Camello became the first person born in the 21st century to score for Atletico – a feat he achieved last season in a 2-2 draw with Levante, having come on as a substitute at half time.

With ​Diego Costa only bagging one more goal than Camello in the entire league campaign, the youngster – prolific at youth level for club and country – will be banging on Simeone’s door for game time.

Aamir Khan is surprised Kangana Ranaut's upset with him, says 'I...