Atletico Madrid have confirmed that Koke suffered a grade I thigh injury during their victory over Huesca at the weekend.

Koke was on the score sheet as Atletico easily brushed aside lowly Huesca on Saturday, keeping the pressure on Barcelona at the top of the La Liga table. 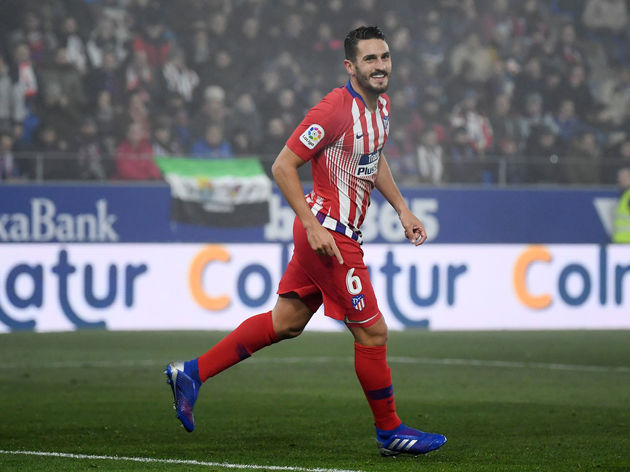 The Spanish midfielder was substituted off shortly after he scored in the 72nd minute of the match and ​Atletico have now released a statement which confirms he suffered a knock, leading to his substitution.

The statement on their ​official website reads: “Jorge Resurrección ‘Koke’ has undergone medical tests at the Clínica Universidad de Navarra after having suffered an injury during the match against Huesca. The tests have revealed that our player suffers a grade I muscle injury to the right thigh. He is pending clinical evolution.”

The absence of Koke is likely to be felt the most, however, with the 26-year-old having played a key part in helping Atleti stay in touch with Barcelona at the top of the table. He has made 17 appearances in the league this season, scoring twice and assisting twice – though his all around contribution in midfield is what will be missed most.

Atletico’s next La Liga game comes on Saturday when they host Getafe at the Wanda Metropolitano.