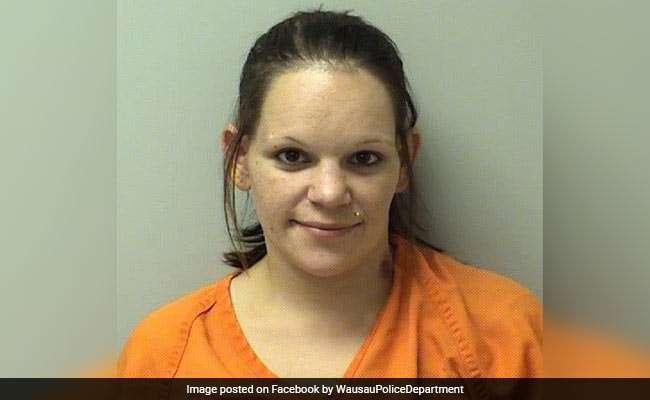 When the police officer sped into the small-coin laundromat located on a quiet intersection in Wausau, Wisconsin, the mother’s worst nightmare was already unfolding inside.

According to a criminal complaint later filed in state court, the officer arrived as the unidentified woman frantically worked at the small chest of her 2-month-old baby boy lying on a table. The child was motionless, his skin cold, his mouth clenched shut. The baby’s legs were rigidly bent at the knees, frozen into the position they had been in his car seat just before the mother realized her son was no longer drawing air.

As the mother would later tell investigators, only minutes before coming to the laundromat last October, she had picked the child up from a babysitter named Marissa Tietsort.

The 28-year-old mother of five then pregnant with her sixth child, Tietsort had handed the baby over to his mother already snapped into his car seat, seemingly asleep. But now the child was dead.

“You killed my sister’s . . . baby,” the mother’s sister texted Tietsort within minutes of the police arriving at the laundromat.

Hours later, police reached Tietsort, who admitted she knew the child had died in her care but did not know how or why. Instead of calling for help, Tietsort said she bundled up the boy in his winter clothing, pulled a hat over his eyes, snapped him into his car seat, and later returned the boy over to the mother without telling her the child was already dead.

The coroner’s report, however, would paint a much uglier and more violent picture of the child’s death.

Last Friday, Tietsort was charged with first-degree intentional homicide, the Wausau Daily Herald reported. As Tietsort made her first appearance in the courtroom last week, friends and family members of the deceased boy filled the courtroom wearing shirts featuring his picture.

The child’s alleged murder, however, was made all the more shocking when the state revealed this is not the first time Tietsort has been accused of hurting children in her care.

Tietsort has been in police custody since October. Although she has yet to enter a plea in the murder case, she did defend herself in a recent letter sent to the judge in her case.

“I’m not a threat to society or a monster,” she wrote, according to the Daily Herald. “I’m a great mom and I love everybody.”

According to the criminal complaint, between 3:30 and 4 pm on October 18, 2018, the mother dropped off her 2-month-old and her other young child at Tietsort’s home.

She was the only adult at the house at that time. Around 6 pm, the mother received a strange text message from Tietsort: the babysitter said a local news site had posted a story on child abuse charges that had been filed against her. She was not supposed to be alone around children, Tietsort told the mother, so the babysitter asked the mother not to tell anyone she was watching the kids.

Following the baby’s death, when investigators interviewed Tietsort, she claimed the 2-month-old had died before her boyfriend returned home around 6:30 pm. The criminal complaint does not state whether she offered any explanation for how the child died.

“She stated that Victim felt cold and she knew he was dead,” the criminal complaint stated. “She said she did not check for a pulse, she did not reach out for help and she did not perform any resuscitation efforts. Tietsort admitted that she put the Victim’s lifeless body on the floor in the hallway of her home, grabbed his snowsuit from the car seat, dressed him in the snowsuit and then placed his body in the car seat with his blankets.”

When Tietsort’s boyfriend returned around 6:30 pm, she did not tell him about the death. Instead, she loaded up the deceased baby in his car seat, the baby’s brother, and her own child into the car. Tietsort and her boyfriend drove to McDonald’s, where they ate, the criminal complaint said.

When the baby’s mother returned to pick the child up at 9:20 pm, Tietsort again allegedly stayed silent, allowing the mother to assume the baby was simply asleep. Once the mother arrived at the laundromat, she realized the child was not breathing.

When a forensic pathologist performed an autopsy on the child, the evidence countered Tietsort’s account.

The baby “had at least three separate blunt force injuries to his head,” according to the criminal complaint. The child’s tailbone had also been broken off, “indicating a significant amount of force was used.” The rigor mortis that set in on the baby’s legs — bent at the knees from sitting in the car seat — indicated the child was murdered at least two hours before police were called to the laundry, the complaint stated.

Tietsort’s past run-ins with police and child service agencies allegedly point to a pattern of abuse.

Weeks before the 2-month-old’s death, she was babysitting an 11-month-old. Tietsort told that child’s mother the baby had fallen off a couch and injured her face, according to WSAW-TV. Doctors, however, said that the injuries could not have happened from a fall such as Tietsort described. Felony charges were filed against Tietsort in October — the same charges she alerted the 2-month-old’s mother to on the night of the baby’s death.

A year earlier, a 3-month-old child Tietsort was babysitting was also injured in her care, suffering a skull fracture. According to the Daily Herald, she was not charged in the case.

In 2010, her then-boyfriend filed a temporary restraining order against Tietsort for allegedly abusing their two sons. The newspaper reported social workers removed Tietsort’s four children from her home. But state workers did not know she’d had a fifth child, or that she was now pregnant with a sixth baby.