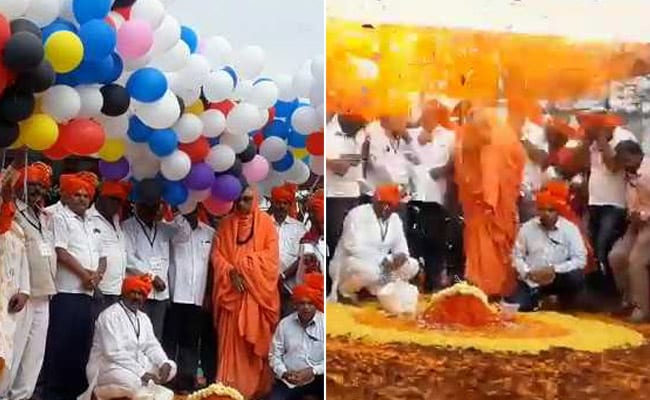 A Karnataka mutt head had a narrow escape on Tuesday after a bunch of gas-filled balloons exploded during an event in Suttur, nearly 150 km from state capital Bengaluru.

Suttur Mutt’s head seer Shivratri Deshikendra Swami was inaugurating a wrestling tournament when the unexpected explosion created panic. The event was part of the ongoing six-day annual Suttur Fair which began on February 1.

The dramatic footage of the explosion shows the seer’s supporters rushing towards him as the balloons above him and the others guests catch fire.

While the seer suffered “very minor burns”, three people were injured during the explosion and were taken to the hospital.

An eye-witness told news agency PTI that prior to releasing the balloons, a torch was brought by some sportsmen from Mysuru to the wrestling arena and the flames came in contact with the balloons which burst.

The reason for the explosion is being investigated further.