​Barcelona may yet have a chance to sign Ajax captain Matthijs de Ligt this summer and are said to be ‘lying in wait’ after claims that Juventus’ pursuit of the teenager has become ‘complicated’.

After De Ligt was linked with a high profile switch to Camp Nou for months, one that would have seen him follow Frenkie de Jong to Spain, it looked for all intents and purposes as though Juventus had instead won the race for his coveted signature. With De Ligt having his pick of top clubs – Manchester United, Liverpool and Paris Saint-Germain have also been linked – the most difficult part of the saga appeared to centre on the player’s choice. As such, agreeing a transfer fee with Ajax was seen as a formality.

However, Juventus are believed to have submitted a low first bid that Ajax won’t accept.

Sky Italia reported earlier this week that Juventus offered just €65m, only €55m of which was to be paid up front, with the additional €10m in extra bonuses.

Marca suggests the offer is €65m plus €10m, but equally say it hasn’t been accepted by Ajax. The Spanish publication also states that Barcelona did have a €75m offer accepted by Ajax, leaving the door open to a switch to Camp Nou being resurrected. 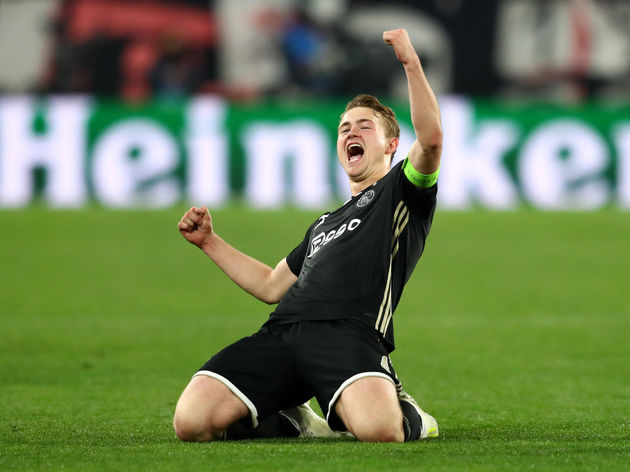 Marca points out that both Barcelona and Juventus have effectively each completed one half of a transfer. It would be for the Spanish champions to offer improved personal terms to De Ligt, or for the Italian champions to increase their offer to Ajax, to get a deal over the line.

Tottenham Will Not Punish Serge Aurier After Arrest Pressured Him to...