​Barcelona are still intent on signing Matthijs de Ligt but will not rush into any decisions as they weigh up the financial viability of the transfer.

A deal was struck last month for Ajax midfielder Frenkie de Jong to join Barcelona for €75m next summer, and they want his teammate De Ligt to join him at the Nou Camp.

​Mundo Deportivo reports that De Ligt will command a similar fee to De Jong, and his agent Mino Raiola has demanded a commission payment of €10m, something which ​Barcelona are not willing to accept. 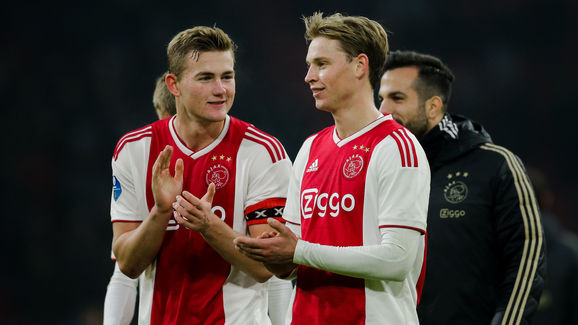 Similar demands were made during the De Jong negotiations, before the 21-year-old insisted that compromises should be made to allow him to join Barcelona, and they hope that De Ligt will do the same.

The fast-tracked signing of Jean-Clair Todibo from Toulouse last week means that Barcelona now have six central defenders, but that gives a false impression of depth in a position where they will be light again next summer.

Todibo is likely too inexperienced to be thrust into La Liga action yet, Thomas Vermaelen is out of contract at the end of the season, and Barcelona are not expected to make Jeison Murillo’s loan move from Valencia permanent. 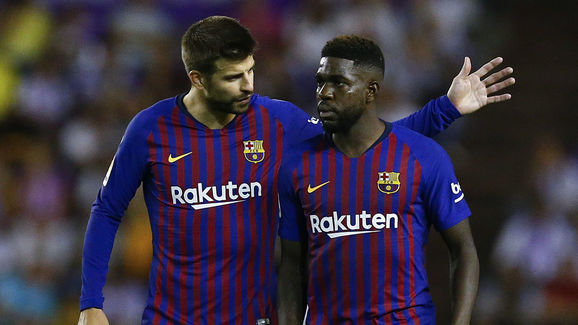 That leaves Clement Lenglet, the ageing ​Gerard Pique and the injured Samuel Umtiti as their main centre backs, with reinforcements clearly needed.

Financial Fair Play regulations are another potential obstacle, and Barcelona may have to sell some squad players first to ensure they don’t overstep the mark by signing De Ligt.

Rated as one of the brightest prospects in European football, 19-year-old De Ligt is fast approaching a century of appearances for Ajax and already has 13 caps for the Netherlands.