​Barcelona president Josep Maria Bartomeu has stated his confidence that Camp Nou superstar Lionel Messi will sign a new contract beyond the expiration of his current deal in 2021, while also confirming that long serving left-back Jordi Alba has been offered fresh terms.

Five-time Ballon d’Or winner Messi has occasionally been linked with a move away from Barcelona in recent years, most frequently to Manchester City. But Bartomeu has insisted that his relationship with Barça, whom he joined as a 13-year-old, will continue ‘forever’.

“Leo Messi will continue with us. He is a club player and the relationship will continue forever,” the president is quoted as saying by Marca.

Messi, who will celebrate his 32nd birthday in June, signed his current contract in November 2017. His buyout clause was more than doubled to €700m and American finance publication Forbes estimated that it would pay him the equivalent of $667,000-per-week.

Alba is currently under contract until 2020. Any failure to agree an extension might have forced ​Barça to consider selling the four-time La Liga winner this coming summer given that he would have been entering the final 12 months of his deal. That now appears unlikely to happen.

“He has told us that he wants to continue. We have offered him a new contract over five years and I hope we will continue discussing the deal,” Bartomeu said of Alba.

Bartomeu is also backing coach Ernesto Valverde to stay at Camp Nou following ongoing speculation over his future at the club. 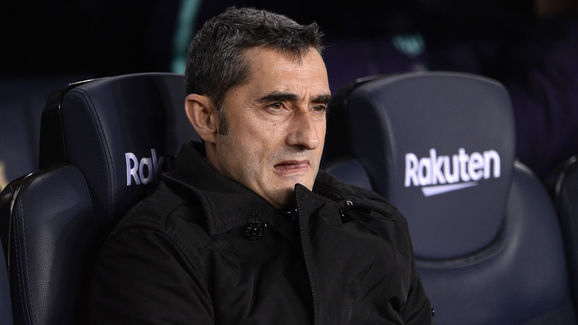 “I believe he will stay. He trusts his players and it is only his second season in charge,” the president said. “The goal is to finish the season strong and win everything. I trust him to lead the team and even if we do not win anything, he will continue to coach the team.”

Manchester United and Liverpool Reportedly Involved in Tug of War for...

Attack us, become a battlefield, Iran warns as US deploys troops...