Paris Saint-Germain star Neymar is not being lined up as a transfer target for his former side Barcelona this summer, according to the club’s president Josep Maria Bartomeu.

The 27-year-old ended a four-year spell at the Camp Nou for a world record €222m transfer fee to join Paris Saint-Germain in 2017, where he’s gone on to score 48 goals and claim 27 assists in just 53 appearances across all competitions. 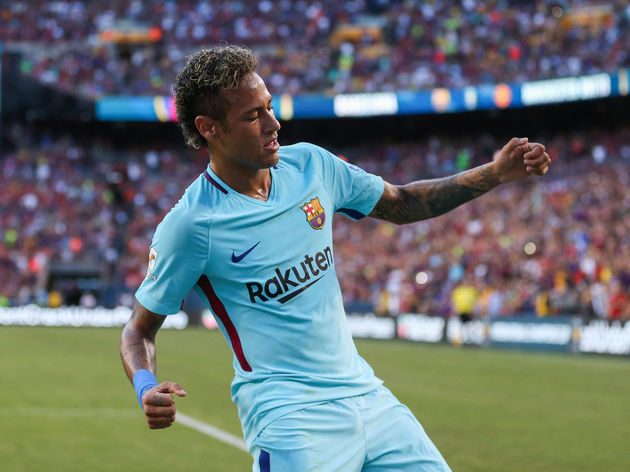 It’s been suggested for some time that Neymar is becoming frustrated at the lack of competitiveness in Ligue 1, but Barça’s president has played down the chances of offering the Brazil international a route back to Catalonia.

“I have never spoken to them, nor have the father or player called me to return to Barça. They have not called,” Bartomeu told El Partidazo de COPE (via FourFourTwo).

During the negotiations between Bartomeu and De Jong, Bartomeu showed Frenkie Whatsapp messages from Neymar in which he complained about the low level of the French league, in order to convince him to join Barcelona. Next level negotiating.

“We are preparing for next season and the name of Neymar is not on the table. We are talking about a PSG player and I do not think that PSG want to get rid of a player like him.”

Neymar made 186 appearances for the Blaugrana following his high profile move from boyhood club Santos in 2013. He scored over 100 goals for the club won 10 bits of silverware whilst at the club.

Although Neymar has cruised to Ligue 1 and Coupe de France success with Paris Saint-Germain, the Brazilian hasn’t come close to lifting Europe’s biggest prize, the Champions League, with the club. He will also have no part to play in their immediate future in the competition this season as he’s been ruled out of both legs of the Champions League clash against Manchester United due to a metatarsal injury.

David Luiz Reveals Why He Left Chelsea for Arsenal in the...